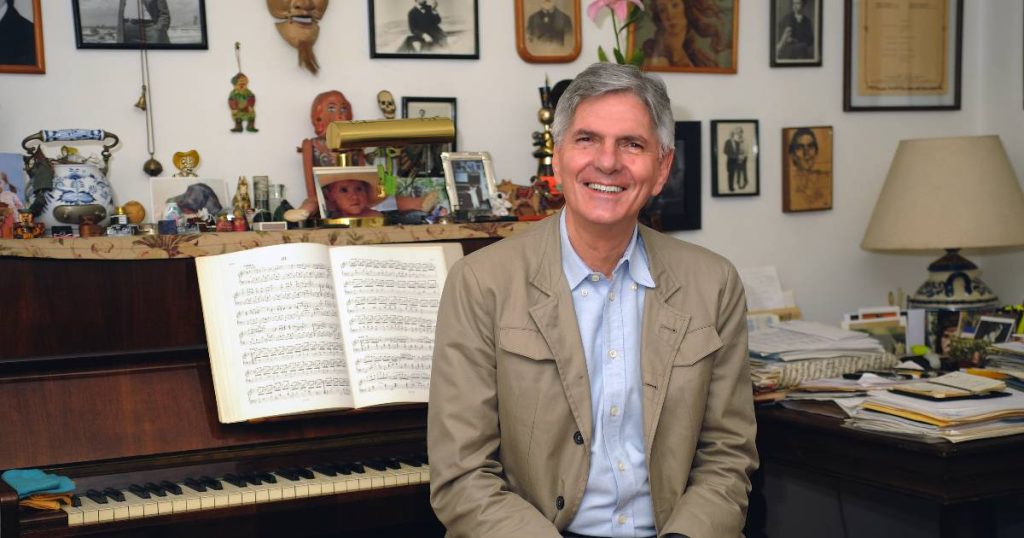 Choreographer and dancer Claudia La Vista revealed to Excelsior that the complete original archive of Mexican composer Mario La Vista (1943-2021) will not be kept at the Fonoteca Nacional de México, but will be sent to an academic institution in the United States.

The dancer explained that the National Audio Library has only received the audio collection provisionally to categorize and digitize 226 tapes, 63 open-reel tapes and two CDs – as announced by the Federal Department of Culture – which will be held in digital form, but the originals will be deposited in the United States.

He explained that the reason the material did not survive in Mexico was a lack of space with conditions that could accommodate the integrity of the collection and announced that, at present, there was interest from four institutions: Stanford University, Northwestern University (where the John Cage Archive is located) and Benson Library ( who have already gone to Mexico to review the topic) and the Latin American Music Center.

“These are the four institutions I’ve had a series of meetings with, but we’re still deciding where to go,” he said, although he hasn’t made the final decision yet.

“My father’s complete archive contains the original scores, recordings, cassette tapes, CDs, manuals, his personal and professional correspondence, some personal collectibles, certificates of appreciation, awards, and scores by other composers, and texts written about him and his author, such as as well as his work in Pauta Magazine”.

Unfortunately, he noted, “In Mexico there is no institution that can receive him. I have tried, researched and talked to many, but the purpose of the various institutions in Mexico is not to keep a file like this.”

He added, “This makes me think that it will be very important for Mexico to start thinking about creating an institution where the archives of great Mexican artists will have a place to live here. I find it a shame that these files leave the country, because in Mexico there is no institution that can receive them fully.” In this situation I find myself now, and if I left it in Mexico, I had to swear everything, without making sure the material was taken care of as it should.

Was it not possible to deposit the collection at the National Conservatory of Music, at UNAM or at the National College? No place, no climatic and security conditions. In fact, you should think of a specific space for that, in a kind of wonderful national library where you can get a whole archive of Octavio Paz, Raul La Vista or Salvador Elizondo.

“I know that my aunt Paulina (Lavista) is also working on the archive of the writer Salvador Elizondo, who will not stay in Mexico either, because no institution will receive it fully either. However, this exercise in structuring my father’s library made me think a lot about this subject and the importance of these legacies Because it is a legacy of Mexico and world music.”

Asked when will determine the destination of the file? “The decision will have to be made this year and it will take a few years for the materials to finally reach their destination, since it is a complex process that involves cataloging the materials and identifying the books from your library that remain in the library. Mexico, because in some of these institutions they will already have some copies of my father’s books in their library.”

Additionally, he commented that Cenidim has received his father’s original grades, as they will also be indexed and digitized.

ashes of the composer

The dancer also talked about the possible fate of her father’s ashes.

“My father’s ashes are at home, on top of a piano, and for now, they’re going to stay here for a while. I’d like to move part of his ashes to the places I love in life, which basically four places come to mind: at the University of Paris, in Japan, and at sea And in the garden.”