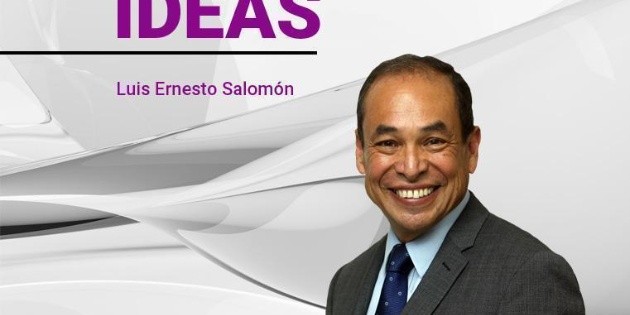 For many years, Mexico’s judicial systems struggled to consolidate their independence amid political pressures and budget shortages. Several fixes have tried to solve the problem, but the demand is growing faster than the solutions offered.

For decades, judicial practice has been characterized by a focus on excessive formalities, institution-worshiping, delays, and real, exorbitant costs, making the service of justice unavailable to the majority.

Although the constitutional reform of June 2011 meant a major shift, the effects have not been widely recognized. Partly, because the general political vision has been limited to setting standards that define state assumptions and consequences that are, in fact, highly selectively applicable.

criterion that the right is declared; which was released. The law written in the rule, made us lose sight of the fact that the law is, in fact, the applicable law. We are going through a crisis in law enforcement. So the problem is not in the legislation but in the application of the law.

The reforms implemented in criminal, commercial and labor matters face enormous problems to implement, given the resistance coming from special interests around a system in crisis.

This situation must be acknowledged in order to turn it into an opportunity. This happened in other latitudes: in the United Kingdom, at the time of Bentham and Blackstone, a reform appeared that strengthened the effective judicial system. In the United States, from the crisis emerged the theses of Judge Oliver Holmes and the proposals of Rossio Pound, which also culminated in changes.

In our case, this crisis has been exacerbated by the fact that we live in a rights society, in addition to the fact that politics has been judicialized. Fortunately, more and more people are claiming your rights; And it is precisely now, when the consciousness of equality grows, for the better; At the same time, it was unfortunate the arrival of terrorism in the form of the disappearance of tens of thousands of people. And that was just when, when the pandemic arrived, forcing thousands upon thousands of operations to be suspended, and spawning thousands of new problems that would make it to the courts due to the tensions caused by the health emergency.

All these things will add up to the huge difference that was made when judicial activities were suspended. Now, in the courts, however, there is tremendous pressure generated by this exceptional situation.

The poor view of citizens regarding justice will turn, sooner or later, into social and political pressure that must be addressed immediately. A joint effort is required by the authorities to meet the challenge which, although temporary, presents an opportunity to take a step forward to bring about a fundamental transformation in the service of justice in Mexico.

It is time to apply not only more resources, which is necessary, but to introduce mechanisms that focus on people, leaving aside formalism that prioritizes institutions. In this sense, the use of technology is imperative, not only to automate bureaucratic processes, but to focus them on efficiency, such as transparency.

It is an occasion to propose a restructuring of the judiciary that allows the implementation of reforms and, at the same time, allows reducing delays, assuming the openness of a public service to civil society that must be the participation and trust of the citizen.

This kind of effort deserves the generosity of all stakeholders, from judges and justices of the peace, the executive branch, and legislators, to representatives of the judicial forum. Putting this opportunity aside means embracing pressure that sooner or later will explode into collective resentment. An example is the increasing allegations of disappearances or insufficient application of objective equality criteria, which are justifiably growing in light of the rigidity and inadequacy of formalism.

Justice faces an opportunity to turn the collapse caused by the pandemic into a deeper transformation involving not only federal courts, but primarily state and municipal justice systems. The transformation must come to justice.