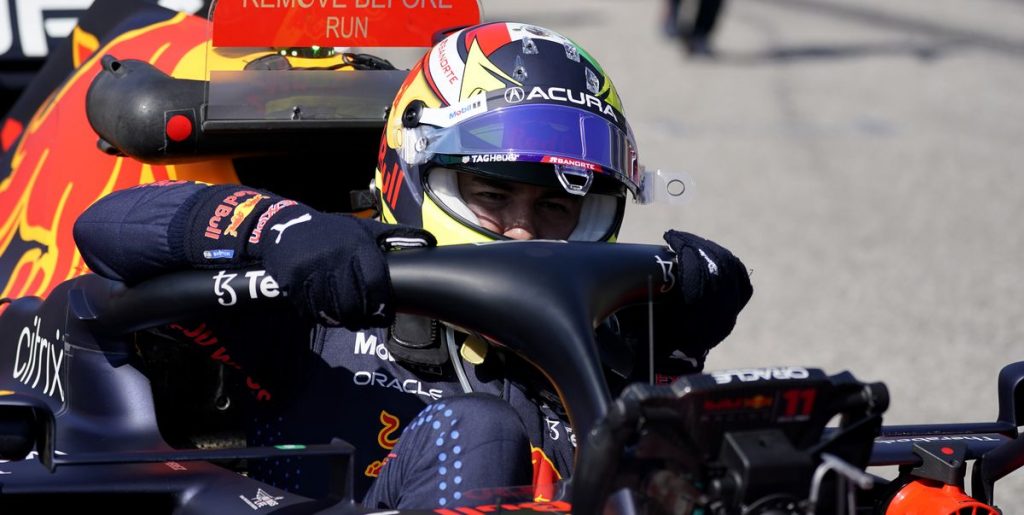 Starting in third, Sergio Perez’s biggest goal today was to finish the podium and try to make life difficult for Lewis Hamilton. The first succeeded, but the second could not be due to a serious problem that accompanied him from the start of the race.

Suffering to stay on the right track

In a sport like Formula 1, especially during a race that lasts more than an hour and a half, hydration is more than important for drivers, something Checo Pérez couldn’t stand at the US Grand Prix due to a serious problem that accompanied him from Lap 1.

These were the words of a weary Sergio Perez after finishing the race: “I ran out of water since the first cycle And I couldn’t drink. Halfway through the first mission, it became very difficult to drive and I started losing strength in my legs, when braking, in my hands it was very difficult to stay on track at those times. I think it was the hardest race physically in my life“.

Having said that, the Mexican Red Bull driver was delighted that he was able to finish the race and do so in third place, bringing his fourth podium finish of the season: “Finishing on the podium like this was a great resultI would have liked to put more pressure on Lewis, but it wasn’t possible today, and I don’t have the strength anymore.”.

Checo Pérez prioritized the team in the first round

After a fairly regular start by Max Verstappen, Sergio Perez came to put himself in front of his teammate, but gave up his position and ended up being key for the Dutch driver to end up with the win. “at that moment It was important to let Max fight LewisI had the safe mode and what we had to do was push Louis, It worked so well that Max was able to do the bottom part“.

From the “house of the future” to the underground cabin: these are the 10 most amazing accommodations in the world 4 min read