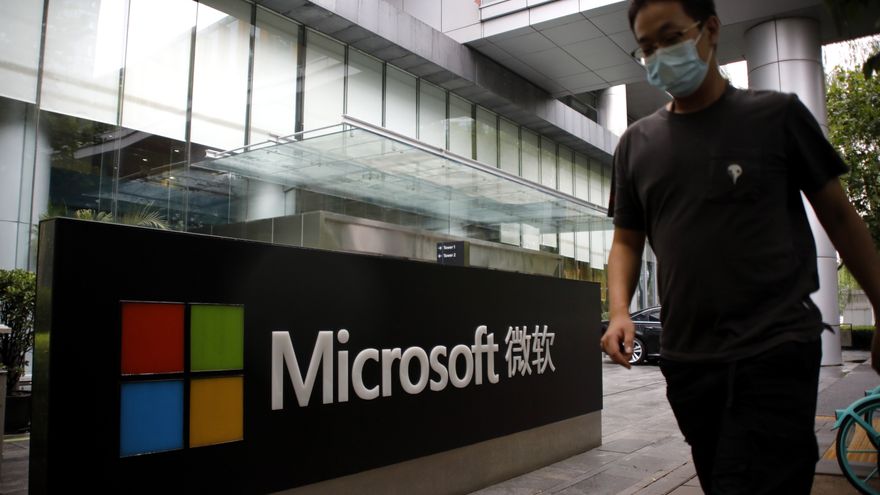 The 27 denounced on Monday a series of “significant” cyber attacks that have since been discovered China They called on the Chinese authorities to proceed with the investigation and response to these activities.

In a statement, the EU’s High Representative for Foreign Policy, Josep Borrell, on behalf of the 27 states, noted that the EU had uncovered attacks that “significantly” affected the EU’s economy, security and democracy. “The European Union and its member states assess that these malicious activities have taken place from the territory of ChinaThe note confirmed.

However, The European bloc avoids referring to the powers of the Asian giant and attributes it to two groups of hackers Operating from Chinese territory and dedicated to intellectual property theft and espionage.

The conglomerate explained that “this irresponsible and harmful behavior causes security risks and significant economic loss to our governments, institutions and private companies and has shown systemic effects on security, the economy and society,” although at the moment it does not achieve a balance. on the total damage to its institutions and industries.

Whatever the case, EU urges Beijing to follow international rules on cyber threats, in a manner that does not allow this type of activity on its territory and takes all appropriate measures to “detect, investigate and stop” the attacks.

Regarding actions at the international level, the 27 expressed their commitment to act against this behavior in the digital sphere and are committed to advancing a program of action under the auspices of the United Nations to ensure that all countries adhere to responsible behaviour.

See also  Joe Biden's message to BTS: 'What they do is good for people'

To this end, member states will work to increase cooperation through information exchange and diplomatic channels that seek to enhance global resilience in the digital space and international cooperation in managing these threats.

The North Atlantic Council, NATO’s highest decision-making body, today called on all countries, including China, to work with it Responsibility in the international system, also in cyberspace, after taking note of the accusations of several allied countries against the Asian country in the global penetration of Microsoft.

It thus joins NATO, through its main political decision-making body United State And other allied countries, as well as the European Union, in alerting China to being behind the global cyber attack last March against Microsoft.

“We call on all countries, including China, to respect their international obligations and commitments and to act responsibly in the international system, including cyberspace,” the members of the North Atlantic Council said in a joint statement.

Microsoft has already accused Beijing-backed hackers of illegally accessing email accounts on its Exchange Server business service, but neither the European Union, NATO nor the United States has identified China yet. They were waiting for more information about the March cyber attack that may have affected about 250,000 computer systems worldwide.

The North Atlantic Council expressed its “increasing concern” about “increasingly complex, destructive, coercive and recurrent” cyber threats, which it condemned, while demonstrating NATO’s willingness to use all its “capabilities” to “actively” counter them.

In addition, this statement comes a day after an international investigation indicated that several countries used the Pegasus spyware, which was created by the Israeli company NSO Group, to hack the mobile phones of journalists, human rights defenders and opposition politicians.

in a statement in “Solidarity” with those affected by recent malicious cyber activities, Including Microsoft, the North Atlantic Council has expressed “a growing concern that cyber threats to Alliance security are increasingly complex, disruptive, coercive and pervasive.”

These threats have recently been exposed through incidents of “ransomware” and other malicious cyber activities, “targeting critical infrastructure and democratic institutions, as well as exploiting vulnerabilities in supply chains. Hardware and software supplyThe alliance said in a statement.

For this reason, NATO condemned these activities “aimed at destabilizing and harming Euro-Atlantic security and disrupting the daily life of our citizens”.

For these reasons, the North Atlantic Council warned that it would use NATO حلف political consulting platform, To share concerns about malicious cyber activities, share national methods and responses, as well as consider possible collective responses.

The statement added that NATO will continue to adapt to the evolving cyberthreat landscape, which includes “state and non-state actors, including state-sponsored ones.”

He concluded that “all states have an important role to play in promoting and maintaining these voluntary standards of responsible state behavior.”