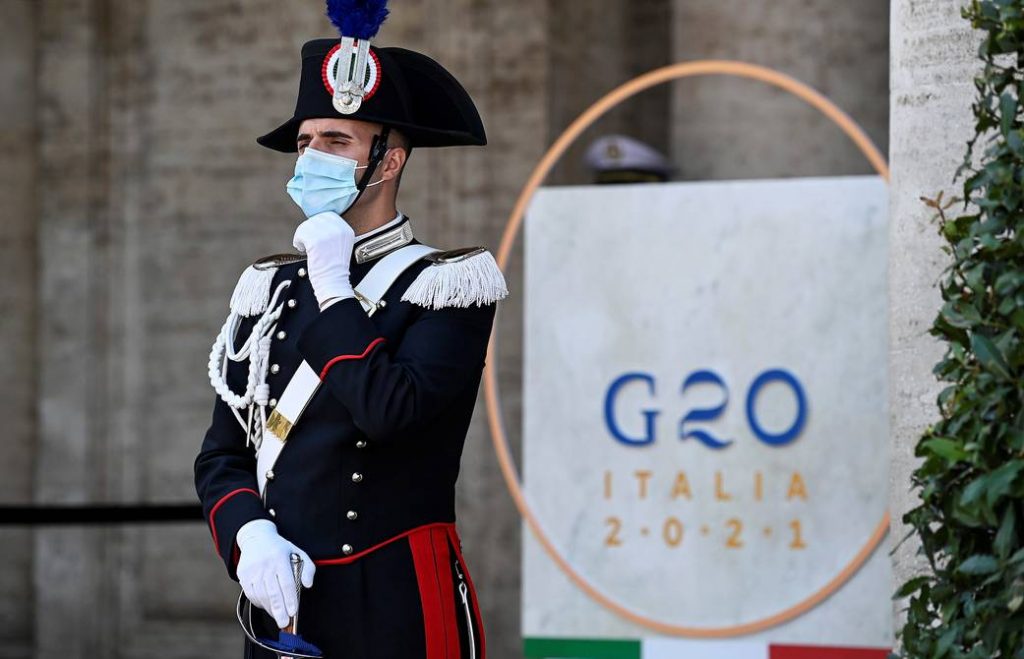 The main focus of the summit in Rome will be on climate change above all else.

Leaders of the world’s 20 largest economies are gathering over the weekend in Rome for the first G20 summit right after the pandemic, with an agenda that includes COVID-19, economic recovery and climate change.

US President Joe Biden departed for the Italian capital on Thursday to reiterate his message that “America is back” after four years of controversial diplomacy by Donald Trump.

The absence of Russian President Vladimir Putin and Chinese President Xi Jinping, who will communicate by video link, dampens expectations for the summit, a forum between allies and rivals of various sizes and power.

Among the Latin Americans, Mexican Andres Manuel Lopez Obrador will be evident in his absence, while Argentine Alberto Fernandez and Brazilian Jair Bolsonaro confirmed their presence.

For Argentina, the appointment is particularly important in the face of debt restructuring with the International Monetary Fund, so it takes the opportunity to meet with its president, Kristalina Georgieva.

The G20 countries account for nearly 90% of global GDP, two-thirds of the world’s population, and 80% of international trade.

The main focus of the summit in Rome will be on climate change above all, as it takes place on the eve of the crucial COP26 conference starting Monday in Glasgow, Scotland, which aims to make historic decisions to halt the increase in the planet’s temperature.

The G20 countries are responsible for 80 percent of global greenhouse gas emissions, and many are reluctant to cut emissions.

China has set a target by 2060, but India, which insists on its status as a developing country and whose Prime Minister Narendra Modi travels to Rome, has not made a specific commitment.

Italian Prime Minister Mario Draghi saw that the summit “represents the return of pluralism, after dark years of isolationism and confinement linked to the health crisis,” he said.

He concluded: “We will discuss the most complex challenges of our time in order to find ambitious and shared solutions.”

Leaders will have to sign an agreement to impose a minimum tax of 15 percent on multinational companies and will have to discuss post-pandemic recovery and its risks, including the uneven distribution of vaccines against COVID-19.

Although no new commitments on covid-19 vaccines are expected, Italy is struggling to provide more aid to low-income countries through the distribution of vaccines.

“Global solidarity in response to this pandemic has been very low,” said Emma Ross, a researcher at the Chatham House think-tank.

“The G7 did not live up to the occasion, so everyone is looking at the G20,” he stressed.

Several leaders gathered in Rome on Friday for a series of bilateral meetings and audiences with Pope Francis.

The pope is scheduled to receive President Biden, a devout Catholic, among the confirmed papal audience alongside the South Korean president, as he greets the Indian leader on Saturday.

With a neighborhood declared a “red zone” of high security and security forces deployed, Rome will be shielded.

About 500 soldiers were mobilized for the summit, which was held in an ultra-modern suburb, called EUR, which the dictator Benito Mussolini had devised as the capital of the empire.

At the same time, rallies were called for workers in the conflict, snipers were placed in sensitive areas and special health controls were arranged for the coronavirus. (I)