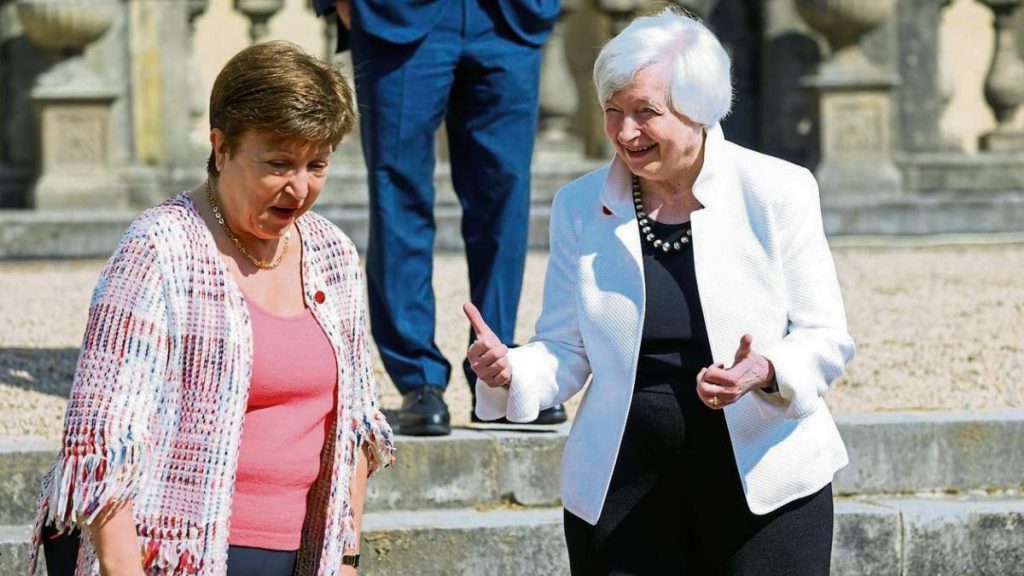 Donald Trump has left and with it (to some extent) unilateralism. Biden arrived with (to some extent) multilateralism and the search for accommodation in financial and trade disputes with European friends. It took a change of administration in Washington and a pandemic that has landed the planet’s economies in the prisons of the G-7 countries to reach an agreement on a global minimum corporate tax after more than a decade of failed negotiations so far.

But as one Ernest Hemingway person said, you go bankrupt little by little, and then all of a sudden. The same can be said of the compromise reached yesterday in London by the finance ministers of the Group of Seven (US, Canada, France, Italy, Germany, UK and Japan), ahead of the leaders’ meeting scheduled for Friday to Monday next week in Cornwall. Economic emergencies (the need to pay the bill for the pandemic) have made what until recently seemed impossible, easy, and possible.

The success of the agreement depends on its ratification by the G-20, the Organization for Economic Co-operation and Development, and the US Congress

The Big Seven announced a commitment to establish a global minimum corporate tax of 15% (lower than some would like), and for multinationals in the technology and digital sector (Amazon, Google, Facebook…) to pay the fees. Not only where they are based (often tax havens) but also in the countries in which they operate and generate profits. The additional revenue — the Biden administration estimates that $500 billion for the United States alone over the next decade — will go largely to paying for investment and infrastructure programs to get out of the crisis.

British Finance Minister Rishi Sunak described the deal as “historic”. But before the adjective becomes viable, it will have to overcome a series of obstacles, starting with the approval of the House of Representatives and the US Senate, where Republicans hesitate and could block, and continuing with its endorsement at UN summits. States: G-20 in Venice in July, OECD in October. Because at the end of the day, the countries that signed the agreement yesterday already have corporate taxes of over 15% for the plan to be effective, it’s essential that others sign, including China, Brazil and Russia.

Initially, the Biden administration insisted on a global partnership rate of 21%, closer to the 28% that the United States wants to implement (up 7% from the current rate), in order to discourage companies in the country from establishing themselves. Elsewhere, with a lower tax burden. France has also been in favor of a rate higher than 15%, but other club members have successfully argued that it is not a realistic goal if as many governments as possible are going to jump on the bandwagon, given that in Ireland, for example, the corporate tax is 12.5%.

“The goal is to prevent a race between countries to see who offers the lowest taxes, and to get a fair deal for the middle and working classes in the United States and the world at large,” the US Treasury secretary said. Janet Yellen. “This is great news for justice and solidarity in the digital age, and very bad news for tax havens, where companies will not be able to evade their obligations, set up subsidiaries and record their profits where the pressure is least,” he said. German Finance Minister Olaf Schulz in the balance Paolo Gentiloni, EU Commissioner for Economic Affairs, promised that “Brussels will do whatever is necessary for the agreement to succeed”.