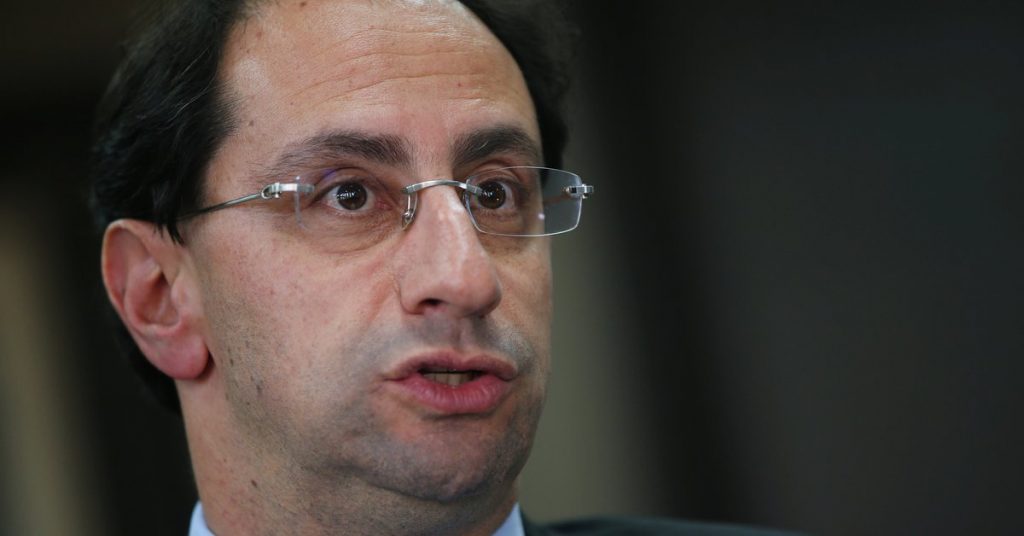 After the resignation of Alberto Carrasquilla and Juan Alberto Londono from the Finance Ministry, after the failure of the bill that sought to introduce tax reform in the country, Jose Manuel Restrepo, the new head of that portfolio, will face the process of rethinking this controversial measure which today represents one of the biggest reasons why citizens are demonstrating in the streets amid the national strike. In an interview with Noticias Caracol, the new minister talked about what will be discussed and what will be reflected in that new document.

“I think there are three goals, but the first is very important and corresponds to what I just said.” Restrepo answered journalist Juan Roberto Vargas’ question about the new conditions for reform.

“We are very aware of the many people who have been affected as a result of the impact of the epidemic. (…) Young people who have no possibility of a work relationship, all vulnerable people who need emergency basic income, small and small entrepreneurs who need a break, tax breaks and salary subsidies for a period of time in addition to the 40 women who have lost their jobs, ”the minister stated that Confirmed that The larger goal of the new project is to ensure Colombians benefit from the impact of the epidemic.

After clarifying the social purpose he had from the new reform, he made it clear that he also intends to send a message to international companies, because according to his arguments, Colombia was a very responsible country with regard to its fiscal responsibilities, so it must ensure “stability in its public finances”.

See also  A long line of ships waits in the United States due to a supply crisis; It will affect Christmas

Likewise, in his dialogue with Noticias Caracol, Restrepo He stressed that the third objective of his new proposal will aim to revitalize the economy of the country, which has been severely affected by the suspension of many activities Finance due to the lockdowns the country has been subjected to to mitigate the deadly impact of the Coronavirus.

The new Finance Minister stressed that although they are three different goals, they all converge on the same commitment, which he called “a sense of greatness.” “It is great to listen and dialogue with all the actors in our society (…) I have started with this task, with political parties, academia, and unions, with youth, with different society and representation actors in the country’s public finances (…) It is a moment to work with greatness “.

Before his explanation, the journalist asked the minister about specific procedures that are being considered to collect the money the state needs. According to outgoing Carrasquilla, the number will reach 26.1 billion dollars, and the amount that would have been used to treat the epidemic in Colombia.

“VAT will not be applied to any good or service, and the current value-added tax rules for the game will not be modified, and the value-added tax will not be affected.”, Restrepo confirmed before Vargas question added that We do not want to influence the middle class, we cannot be insensitive to this reality. No one today will pay income tax as a natural person. “

To fund all those projects with social purposes, like free education, basic income bonds for the most vulnerable Colombians, among other benefits, Restrepo said various sources had to be found, and fortunately, he said, the business sector showed solidarity.

See also  Fabulous! Accusing the Three Elders of stealing a cell phone, this was an embarrassing moment

“I heard the president of ANDI recently, the guild council (…) stirred up, “Why not think about increasing temporary income for companies that have been less affected by the epidemic? Why not talk about temporarily extending the wealth tax with a sense of solidarity with high wealth? Increasing the tax on dividends for temporarily high profit values?” (…) There are some tools that would allow us to finance this social purpose, “he explained.

According to the first accounts of the new minister, the amount required to be collected is $ 14 billion, and in addition to the money to be collected from the population, he is also seeking to collect money from the environment. For the national government. Restrepo said the millionaire’s amount will accompany situations such as spending austerity and public sector spending freezes.

“Decisions to control prices in lease contracts, reduce state litigation, and control day-to-day expenditures in the public sector. Austerity should be a Qatari commitment,” Controversy.