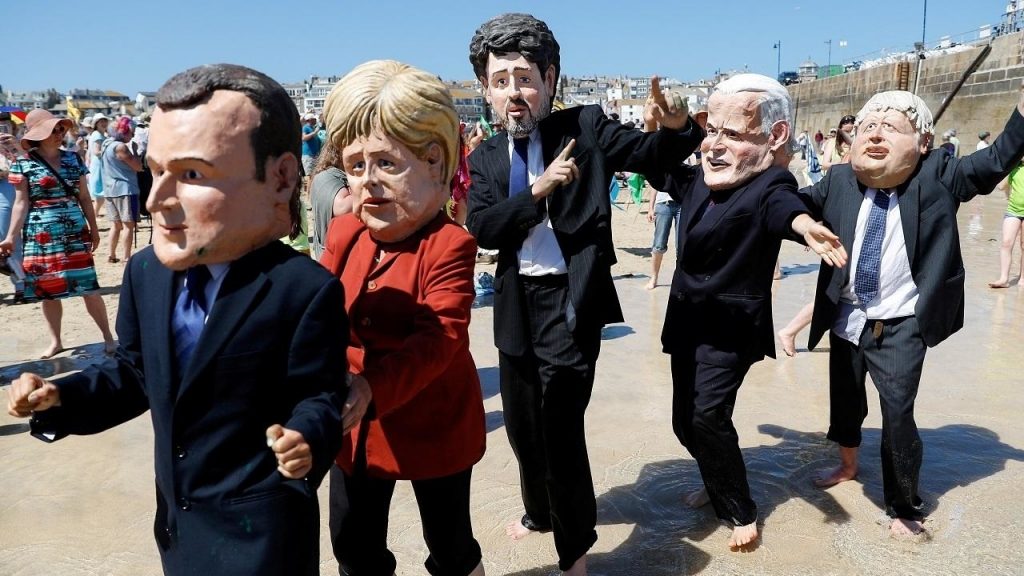 Several announcements remain from the three-day meeting of the leaders of the world’s seven most advanced economies, including that until next year they will donate 870 million vaccines to countries most in need. However, for the World Health Organization, this is “not enough”.

Three days of meeting, with the leaders of the seven richest and most powerful countries in the world, ended with many announcements, but with results, according to various organizations such as Human Rights Watch, Oxfam and the World Health Organization itself, which are not. Enough.

The presidents of Canada, France, Germany, Italy, Japan, the United Kingdom and the United States gathered in the southwest of the United Kingdom, from Friday the 11th to Sunday the 13th, for their first face-to-face meeting since then. The epidemic began.

At the end of the summit, the long list of announcements included the promise to donate more than 1 billion vaccines – 870 million between 2020 and 2021 – a more radical fight against climate change and support for a global tax for multinational corporations.

Leaders pledged to support global health, green energy, infrastructure and education, all to show the return of international cooperation after the turmoil caused by the pandemic and the presence of US President Donald Trump.

Thank you for being such a wonderful host, Cornwall.

G7 Summit 2021 has officially concluded, and what a few days of it. We wish everyone a safe trip back home.


However, health and environmental advocates were clearly influenced by the vague details of the leaders’ closing statement.

Despite British Prime Minister Boris Johnson’s call to “vaccinate the world” by the end of 2022, the promise to provide 1 billion doses to poor countries, either directly or through donations to the Kovacs programme, falls far short of expectations. 11 billion doses The World Health Organization says there is a need to vaccinate at least 70% of the world’s population and truly end the epidemic.

Tedros Adhanom Ghebreyesus, CEO of OMS, warned: “I welcome the announcement that G7 countries will donate 870 million doses of vaccines, mainly through Covax. This is helpful, but we need more and we need it faster.”

In total, the leaders said they pledged to provide 870 million doses “directly over the next year,” and that additional contributions would bring the total to “the equivalent of more than one billion doses.”

Human Rights Watch described the summit as a “miserable failure”, as world leaders failed to address the challenges of the COVID-19 pandemic and climate change, as well as a new investigation into “the abuses committed by Myanmar’s board of directors,” among other topics.

➡️ They wanted to pledge 1 billion doses by the end of next year.

➡️ They failed, pledging only 870 million.

The world needs at least $11 billion.

The good news is that 2 of the seven now understand that a broader production is needed. https://t.co/OUWNxt1kcf pic.twitter.com/r7e7TyO7pK


“This G7 summit is going to live in a notorious situation,” said Max Lawson, head of inequality policy at international aid organization Oxfam. “Faced with the largest health emergency in a century and a climate catastrophe ravaging our planet, they have utterly failed to meet the challenges of our time,” he added.

For his part, former British Prime Minister Gordon Brown declared that the lack of a more ambitious vaccination plan was an “unforgivable moral failure”.

With the Associated Press and Reuters

See also  The Economics of Happiness and Well-Being