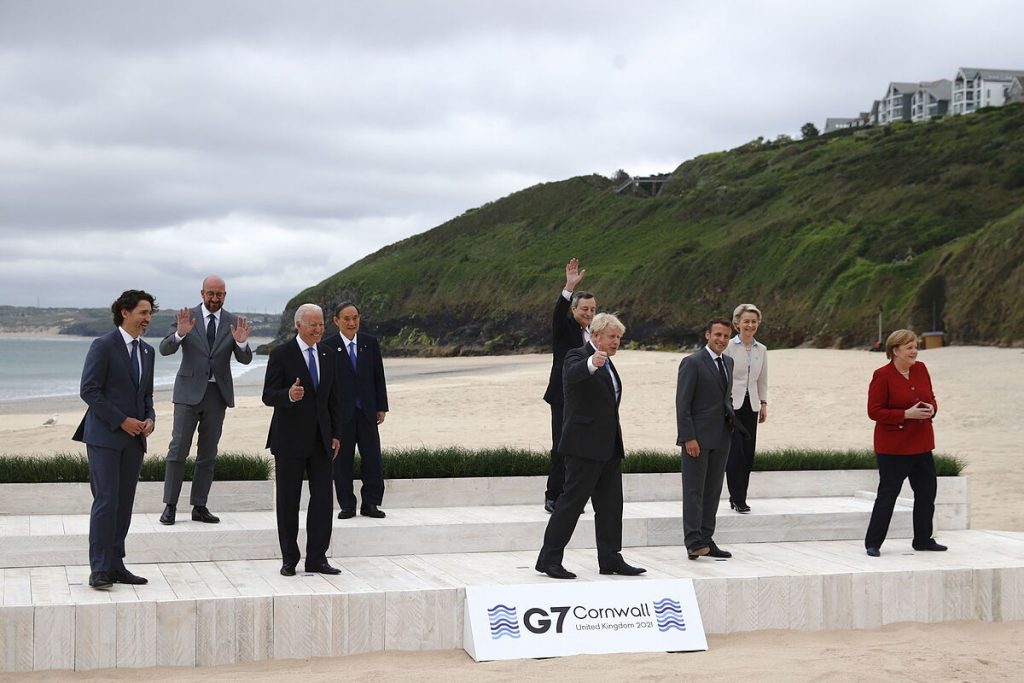 US President Joe Biden celebrated at the conclusion of the G7 leaders’ summit that the meeting was “extraordinarily collaborative and productive” to develop measures to combat the pandemic and boost the global economy.

The Group of Seven, the group of the world’s most advanced economies, on Sunday announced an agreement to donate more than one billion doses of COVID-19 vaccines to developing countries.

British Prime Minister Boris Johnson, host of the summit in Cornwall (southwest England), said, “I am pleased to announce the (Group of Seven) commitment to one billion doses of vaccines, either directly or through funding from (international programme) COVAX.” He said at the closing press conference of the summit.

In the Summit’s closing statement, signed by the leaders of the United Kingdom, France, Italy, Germany, Japan, Canada and the United States, a commitment was set for direct donations of up to 870 million doses, half of which they want to allocate before the end of this year through the COVAX programme.

In his speech, Johnson said that 100 million of those doses would exit the UK.

The joint statement explained that the commitments made by the seven countries since the beginning of the epidemic, whether through financial contributions or direct donations, raise the total cooperation to 2000 million doses.

Experts estimate that at least 11 billion doses will be needed to defeat the pandemic globally.

Asked about the suspension of vaccine patents – an average called for by more than 100 countries around the world, including the United States – Johnson said that “what is really important is to increase manufacturing capacity around the world, especially in Africa.”

READ  Mexico's economy is growing by 0.4% due to the pandemic and blackouts in the United States

“The way forward is to sell vaccines at cost,” said Johnson, who insisted that the transfer of knowledge and manufacturing technology to developing countries should be accelerated. “We’re championing the Oxford/AstraZeneca model.”