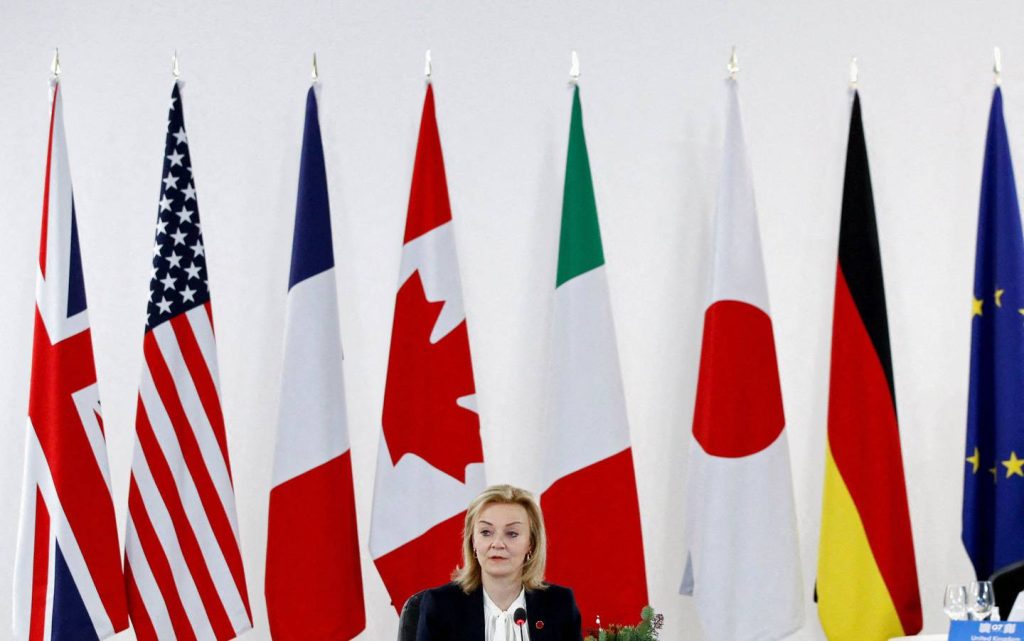 The foreign ministers of the Group of Seven (G7) met on Saturday 11 December in Liverpool, northern England, to show unity in the face of global “aggressors” and to talk about Russia’s maneuvers on the Ukrainian border that are of interest to the international community.

“We must unite vigorously to confront the aggressors who are trying to restrict the boundaries of freedom and democracy,” said Britain’s chief diplomat, Liz Truss, whose country is chairing the Group of Seven major economies this year. day meeting.

“For this we have to do it with one voice,” he added, urging thinking of “reducing strategic dependency” and strengthening the “security structure” of the great powers on the democratic side against “authoritarian regimes.”

Although he did not name these adversaries, these statements were framed within the framework of the United States’ intentions to lead the G7 toward a Western strategy to curb China’s ambitions globally.

And also with another contender in the spotlight: Moscow.

For weeks, the North Atlantic Treaty Organization (NATO), the United States and European leaders have accused Russia of wanting to invade Ukraine, which the Kremlin denies.

This issue was already taken up in the first bilateral meetings in the margins of the main meeting. Lise Truss spoke with Germany’s new foreign minister, Annallina Barbock, about the need for a “united front against Russian aggression”.

Burbock and US Secretary of State Anthony Blinken agreed that “a firm response is necessary in the event of an escalation by Moscow,” according to Washington.

On Tuesday, US President Joe Biden spoke with his Russian counterpart Vladimir Putin, warning him that Russia risks “imposing severe sanctions, including economic sanctions” if it ramps up its military action in Ukraine.

In addition to this military tension, diplomatic chiefs from Germany, Canada, the United States, France, Italy, Japan, and the United Kingdom discuss the current crises in Burma and Ethiopia.

As for talks with Iran over its nuclear program, the G7 ministers are expected to ask Tehran to de-escalate and return to the Vienna Agreement.

“We must win the battle of technologies,” he insisted, “to ensure that our technological standards are set by those who believe in freedom and democracy,” another reference to Beijing.

This is the second personal meeting of the G7 foreign ministers this year, after the meeting in May in London.

Due to the health situation, with the spread of the omicron type of coronavirus, strict measures have been taken at the Liverpool Museum where the meeting is being held. Delegates are required to submit a negative PCR test prior to arrival and perform daily on-site checks.

Over the weekend, Truss will participate in bilateral meetings with his counterparts from the Group of Seven and the European Union. Korea, Australia, South Africa and India, countries invited by the United Kingdom, will also almost certainly participate due to the pandemic.

On Sunday, the British minister will hold plenary sessions on global health security and the Indo-Pacific region.

The foreign ministers of the Association of Southeast Asian Nations (ASEAN) will join the G7 talks for the first time, in a sign of the growing importance of this region, to which Blinken will travel next week, in the US strategic confrontation with China.