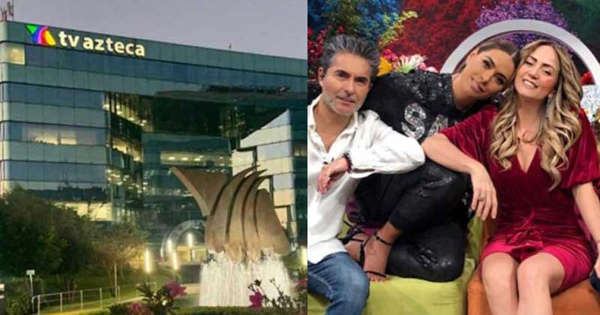 After participating in shows such as “México Baila” and “La Academia” on TV Azteca, Rafael Araneda was surprised to appear this morning on “Hoy” on Televisa.

The former presenter of TV Azteca has been working on Latin American TV in the US for a few years, however, he announced that a project would mark his return to Mexican TV and also to another TV station.

Rafael will be the host of “Tu Cara Me Suena” with Ana Brenda Contreras and in a direct link, he also revealed two other judges on the reality show that will air on March 27 at 9 p.m.

Sharing breakfast from his house, Rafael said, “You’re sharing from the lovely day’s house, so be happy and satisfied, and toast everyone to have a happy end to the week.”

And as it was announced yesterday during Premio lo Nuestro that Angélica Vale and Edén Muñoz will be judges for the reality show, Rafa revealed the other two, ”This is the second season for the United States, a first for Mexico and Televisa – Univision, we will perform ‘Tu Cara Me Suena’. ‘There will be Edén Muñoz and also Charytin, the dish is refined…There is also Mr. Victor Manuelle”’.


The song “Tu Cara Me Suena” will turn the artists into the actors of the music, which will make the judges shake, however, every week we will be able to see all the participants in the work until the final.