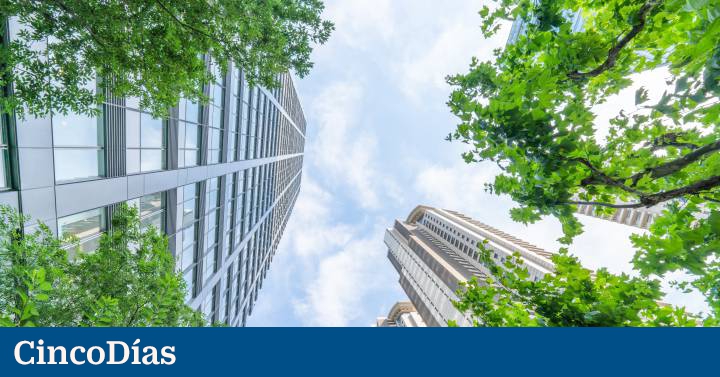 The health crisis caused by the global expansion of Covid-19 has been accompanied by another economic crisis in which we are beginning to see the first signs of recovery thanks to the end of restrictions and also thanks to the cooperation between the public and private sectors during all these months. The pandemic has meant a real transformation of society in its organizational model, but once the critical moments have passed, it is time to move from improvisation to systemic regulation.

The eurozone grew by 2.2% during the second quarter of this year, according to Eurostat data, and the European Commission expects an increase in GDP as a whole of 4.8% in 2021 and 4.5% in 2022. The European stimulus plan, next generation, is considering creating a recovery fund that will grant 750,000 million euros to help countries hardest hit by the pandemic, with a focus on digital transformation and the climate change.

Which is that, during the restrictions on movement, progress has been tangible. In Spain, specifically, Greenpeace studies revealed that the level of NO2 In Madrid, it rose from an average of 47 in January 2020 to 12 in April of the same year. Barcelona’s values ​​dropped from an average of 36 to 15 in the same months, and in Seville from 33 to 8. But with the end of restrictions, those numbers were left behind.

Among the Spanish speakers, the following stand out: Ana Botín, Nadia Calvino and Pablo Hernandez de Cos

The international community will review in COP26 Climate Summit, which will be held from yesterday until November 12 in Glasgow (UK), the progress made since the 2015 Paris Agreement and will seek new commitments to try to prevent temperatures at the end of the century from rising more than 1.5 degrees Celsius compared to pre-industrial values.

On this road, the European Union took office Leadership. The goal is clear: reduce emissions by 55% in 2030 compared to 1990 and achieve Climate Neutrality in 2050. But the climate emergency requires all countries to act with the same speed. To achieve this, the key, as in recovery after Covid-19, is in Close collaboration between the public and private (and social) sectors. In Spain, a group green growth, which is made up of a large part of the large IBEX 35 companies and a large group of small and medium companies, is a case in point.

To discuss all these issues, today, November 2, Banco Santander celebrates International Banking Conference, an appointment that has become a global reference in the financial sector, which in this edition focuses on Deviation point in which we find ourselves and in everything actorsIndividuals, businesses, governments, educators, NGOs, and multilateral organizations must take responsibility for themselves mission And responsibilities mutual and with the community.

The day, which begins at 9:30 a.m., with the intervention of Banco Santander President, Anna Botín, can be followed by International Banking Conference page. During the meeting there will be a discussion about Climate commitment and COP 26. The event will also focus on European Union and the emerging economiesWe should not forget that the least developed countries are a bloc of 46 African, Asian, Pacific and Caribbean countries with more than one billion people. In addition, lessons learned and the future of epidemics will be discussed. Finally, there will be room to regulate and transform the economy, digital currencies, and technology in the markets.

Among the speakers at the meeting stand out, in addition to Anna Putin, Nadia Calvino, Senior Vice President and Minister of Economy and Digital Transformation; Pablo Hernández de Cos, Governor of the Bank of Spain; o Theodor Weimer, CEO of the Deutsche Börse Group.