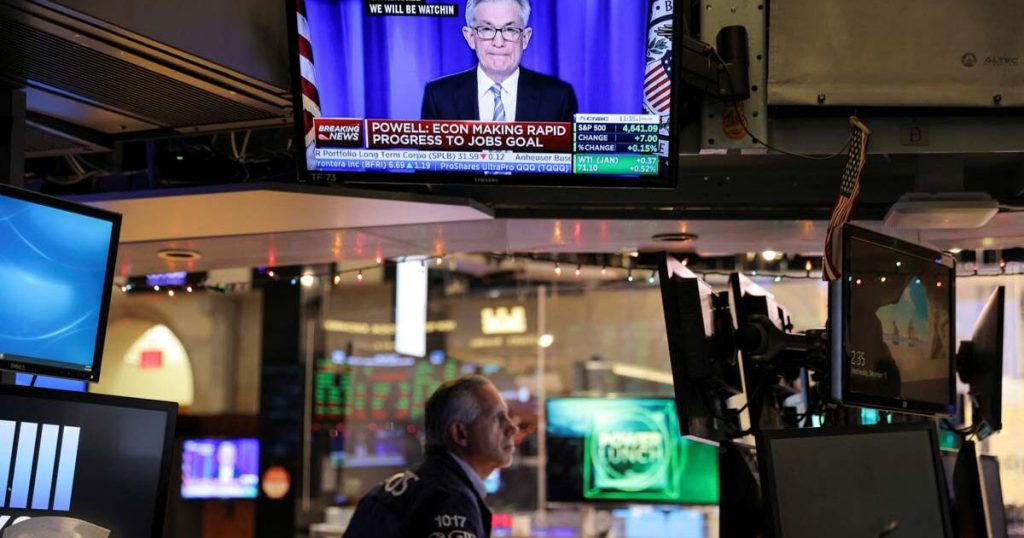 “Some participants also indicated that it might be appropriate to start reducing the size of the Fed’s balance sheet relatively early after the start of the fed funds rate hike.”

The minutes provided more details about the Fed’s shift to tighter monetary policy last month. Policymakers agreed to accelerate the end of the pandemic-era bond-buying program and issued forecasts that expect interest rates to rise by a quarter of a percentage point through 2022.

The minutes showed that the Fed was not only debating an initial rate hike, but also whether it would use a second lever to curb inflation by allowing its holdings of US Treasuries and mortgage-backed securities to fall.

The December meeting was held when the numbers of coronavirus cases began to rise due to the spread of the omicron variant.

Infections have risen dramatically since then, and there are still no comments from senior Federal Reserve officials indicating whether the changing health situation has changed their views on appropriate monetary policy.

Federal Reserve Chairman Jerome Powell will appear before the Senate Banking Committee next week for a hearing on his nomination for a second four-year term as central bank chief, and is likely to update his views on the economy.. at that moment.