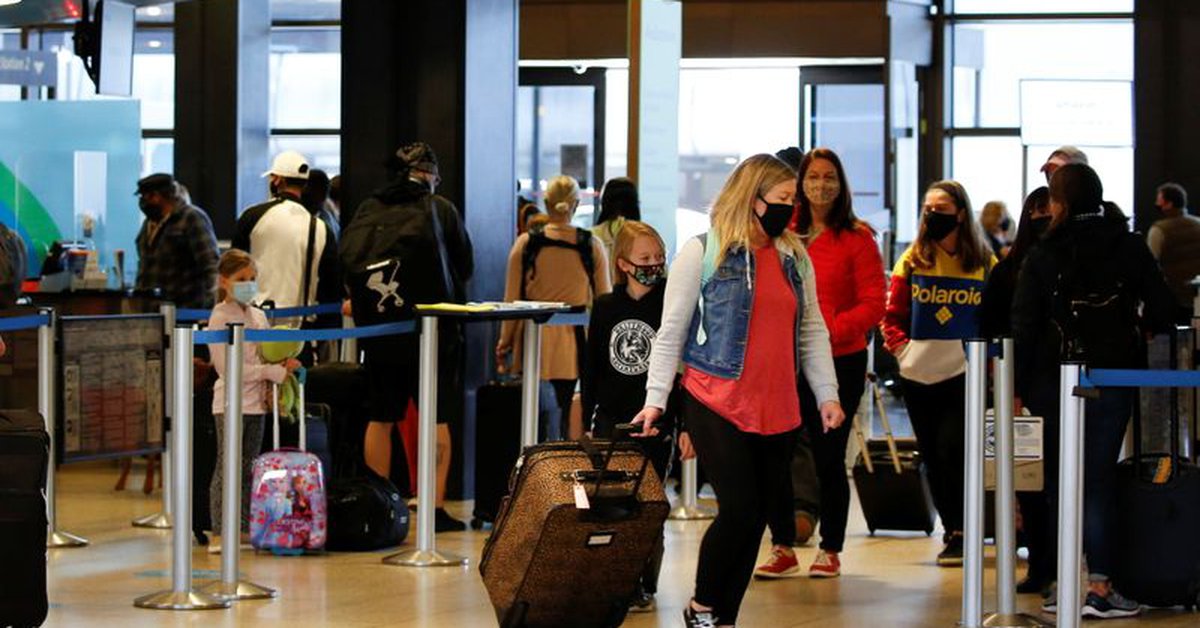 The Council of the European Union’s (EU) decision to remove six countries from the list of safe states means that their citizens can no longer travel to the EU for pleasure, but can only do so for essential reasons.

The recommendation of the Council of the European Union is not binding on the member states, But the body has warned that a state should not decide to lift travel restrictions on countries that are not on the list without making a coordinated decision in the union.

The pandemic seems like a never ending story. When it seemed like the end had begun with the vaccine, a fourth wave of infections encouraged infectious delta version, has prompted hospitals in the United States to once again find themselves overcrowded with patients with COVID 19. Intensive care is in full swing and states like Florida are not starting to face morgues.

And this The European Union you noticed. so now he asks to ban non-essential travel between the United States and European countries to its member states.

Each country is autonomous to decide how it wants to handle the situation, But till now most of them have followed the recommendations of the union. Restrictions range from travel restrictions to requiring a negative COVID-19 test to enter mandatory quarantine depending on the country.

Along with the United States, the new sanctions also apply to Israel, Kosovo, Lebanon, Montenegro and North Macedonia.

02-07-2021 Passengers from a flight starting in Great Britain arrive at Terminal T1 of Adolfo Suárez Madrid-Barajas Airport on the day the government receives a negative PCR for British nationals arriving in our country on 2 July or require full vaccination. , 2021, in Madrid (Spain). The government has instituted this measure to prevent the high rate of infection in the United Kingdom, more than 150 cases per 100,000 residents in 14 days, and the spread of the delta variant. Health Oscar Canas – Europa Press

At the start of the pandemic, most EU member states canceled non-essential travel along with the United States. But last June, after a successful vaccination campaign and in early summer, the European Council (the EU-dependent body that determines the type) decided to end travel restrictions for 14 countries, including the United States. .

The point is that the United States didn’t, and It’s still difficult for European citizens to travel to a North American country, a fact that haunts the European Union. From the start it was said that if Washington did not ease its sanctions, the bloc would re-impose its sanctions in a sort of diplomatic response.

FILE PHOTO: Nurse Shiba Phillips prepares a syringe with a dose of the Pfizer-BioNtech COVID-19 vaccine during a vaccination program for local adolescents and adults outside the Bronx Writing Academy in the Bronx District of New York City, United States. June 4, 2021. Reuters / Mike Seger

The context made that decision easier for Europe. Together Full immunization of 52 percent of the population, Even in the United States there are more than 80 million people eligible for vaccination who have not. This, combined with the delta version, and the easing of rules like wearing masks and social distancing saw the numbers skyrocket.

In some states the situation is even worse. In Texas, Louisiana and South Carolina, less than 50 percent of people eligible for the vaccine are fully immunized.

Florida remains the most affected state in this new wave in the country, in which 75 out of every 100,000 residents hospitalized due to virus, according to information received from the federal government and John Hopkins University.

In the four states mentioned, Florida, Louisiana, Texas and North Carolina, there have already been reports of hospitals lacking oxygen, or intensive treatments working at the top of their capacity. Although there is still the possibility that they will send reinforcements from other states, with the passage of Hurricane Ida Transportation to the entire south of the country would be difficult, adding an additional layer of complexity to an already dire situation.

The United States once again exceeds 100,000 hospitalized by COVID-19 and reaches a peak of occupancy in intensive care units
Anthony Fauci predicts the date when the coronavirus will be controlled in the United States