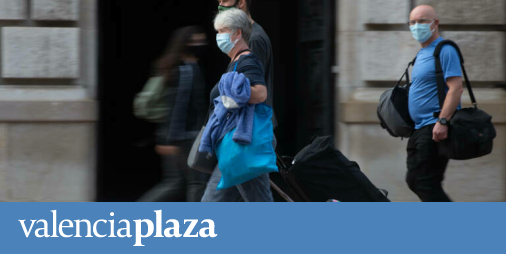 Brussels. The European Union appears determined to open its borders this summer. With the launch, scheduled for the end of June, the digital green certification aims to ensure mobility not only for European citizens, but also for other parts of the world. At the moment, the European Commission is in talks with North American authorities, at the technical level, to ensure that the certificates comply with the regulations of non-EU countries, and to be able to open airspace with the United States, official sources confirmed.

The “digital green certificate”, which is not intended to be called a “Covid passport”, is under development to facilitate freedom of movement in safety during the pandemic within the European Union. However, interoperability has already been agreed with other European countries and even countries. united. A UNHCR spokesperson confirmed that meetings with US representatives will be held this week to make travel between Europe and the United States possible.

A digital green certificate will allow proof that a person has been vaccinated against covid-19, or has undergone a diagnostic test that has had negative results or has recovered from the disease. Currently, non-essential travel to the European Union from third countries is restricted, with the exception of a limited number of countries. A third country citizen who can travel to the European Union can obtain a green digital certificate.

This accreditation can be used in all member states of the European Union, but it can also include other countries, such as those that make up the European Economic Area: Iceland, Liechtenstein, Norway and Switzerland. Moreover, it can be issued to residents or citizens of Andorra, Monaco, San Marino and the Holy See, particularly when they are vaccinated by a member state.

This document, digital or paper, will be free of charge for EU citizens and does not mean that vaccination is required for travel. In fact, it’s a QR code, like the one used at the moment to travel by plane, with all the health information required by states, although complete. It will contain health information ranging from the vaccine, if so, to PCR or other tests that provide information about covid-19 and even if the disease has been exposed.