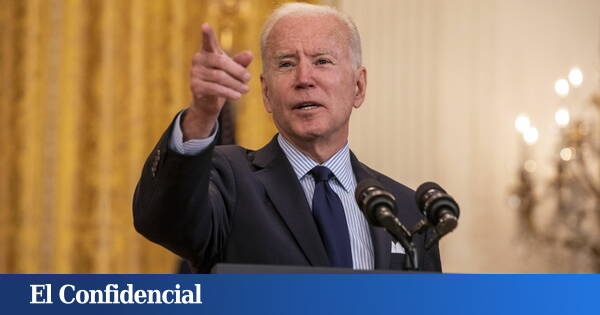 The outbreak of the coronavirus pandemic has forced various governments to respond quickly to contain the infection and keep the economy in the midst of health chaos. Various advanced economies launched Income Protection Mechanisms of housing for all persons who were unable to work due to confinement procedures. However, Europe’s strategy was very different from that of the United States.

While the United States focused its efforts on protecting household income, Europe included the goal of job protection. Both policies were so costly to the public treasury that states chose to take on a very large portion of the wages of workers who could not leave their homes. However, while in the European case it was directed as a benefit of contract suspension, in the United States most of the benefits were independent of job retention.

This difference is fundamental, as European governments have forced companies to hold contracts. All these schemes were similar to those of ERTE in Spain, which consists of the state taking over part of the worker’s salary and part of the social contributions in exchange for the company not laying off workers. In the United States, the bulk of the aid was not related to maintaining employment; Yes, the labor protection system has been put in place, but Its incidence was very low, minimal compared to Europe, due to difficult access requirements.

Significant public assistance to American families has been channeled through Three checks for low and middle income people Linked to your income statement that exceeds $3,000. In addition, unemployment benefit was boosted with weekly help for unemployed workers. These measures made it possible to preserve the financial position of familiesIn fact, disposable income barely declined during the confinement months and quickly returned to pre-crisis levels. However, the lack of specific measures to preserve employment led to massive job destruction in just a few weeks.

Specifically, in the first two months of the pandemic, more than 22 million jobs were lost in the United States, which is nearly 15% of the total. As a result of this collapse, the unemployment rate tripled to 15%.

In contrast, job losses in Spain have been smoother. Specifically, nearly 1.2 million jobs have been lost, which is 6% of the total, despite the fact that the recession in Spain has been much longer and deeper than in the United States. The reason for this difference in job loss is precisely in ERTE, which allowed companies to suspend the contract of their workers without damaging it. The fact is that if ERTE workers are deducted, the job lost comes to more than 4.6 million workers, that is, 24% of the total.

These data are consistent with the GDP data and show the magnitude of the recession in Spain, which was almost double that of the United States. Choosing ERTE or layoffs can help the United States contain the fall at first, since companies have done Greater incentives to apply for ERTE rather than launch it Your workers, as this option is more expensive and can lead to legal problems.

In any case, the reason that explains the difference in recessions in the US and Spain has nothing to do with the ERTE index. There are two factors that mainly explain differential behaviours. The first is the severity and duration of restrictions, and the second is the reliance on the sectors most closely related to social contact, especially tourism. Either way, Spain has emerged as one of the worst developed countries, if not the worst. The restrictions have been severe and prolonged, given the failure to contain the epidemic, and the reliance on international tourism is very high..

The design of regional work teams can have a negative impact on the number of working hours, since in practice “everything goes back”, because regional and national labor authorities were saturated and could not control all the files. However, they prevented the destruction of more than three million jobs. The key is to know How did these schedules affect recovery. What the data shows is that workers have returned to their jobs much faster in Spain, and this despite the fact that GDP recovery has been slower. This indicates that job protection has speeded up the reactivation. The reason again comes down to incentives: for a company it is easier to reintegrate its workers from ERTE than to conclude a contract.

Since the lowest levels of “Great Confinement”, Spain has recovered 90% of the number of subsidiaries and 91% of workers in ERTE. Conversely, reactivation in the US was 75%. In these three data, there is one that stands out: workers in ERTE have recovered faster than laid-off workers, in both the United States and Spain. This is the first evidence of clear evidence incentive to re of workers when their contract is suspended. In fact, during the fourth quarter of 2020 and the first of 2021, Spain created jobs without GDP growth, a historic event for the country that had not happened before.

In July, Spain had 0.4% fewer associates than before the crisis (seasonally adjusted data), and if ERTE workers were subtracted, they were 2.2% fewer. Both data are better than the United States, which was still 3.7% below pre-crisis levels. And this despite the fact that the volume of GDP in the United States is almost at pre-crisis levels, while in Spain it is still almost 6% below.

These data demonstrate how the presence of ERTE allowed speed up recovery of employment thanks to the incentives that companies and workers have to resume their relationship. From the company’s point of view, hiring always creates disincentives, which are eliminated by reintegrating workers with the suspended contract. And in the case of workers, because the company can force them to put them back in their jobs, which is not the case in the United States. In fact, American companies face a lot of difficulties in finding workers Because the inactive population has increased during the pandemic. ERTE workers lose interest if they do not wish to return to work.

This data shows a first tip On the positive effect of ERTE on employment in an unusual situation such as the current one. However, these functional protection schemes are not a miracle that prevents future crises. It is important to bear in mind that the special features of this crisis made its impact very positive.

Companies are facing a crisis caused by the accumulation of imbalances (as is usually the case) Greater incentives to shoot to reduce its excess capacity. In this crisis, its true cyclical nature has given companies reasons to keep their workers so that their capital does not part, but this scenario is not usually found in crises.

Indeed, when crises are prolonged, retaining ERTE personnel indefinitely means zombie jobs and workers who are not looking for alternatives to move to other companies or sectors. In this coronavirus pandemic, there was no incentive for workers to look for another job, because the goal was precisely to save the human capital of each company, but in the case of common crises, it is necessary to allow adjustments in the productive fabric.

In addition, ERTE It was too expensive for public lockersSince the salaries of hundreds of thousands of companies have been maintained with little more than labor maintenance requirements. Workers were also not obligated to collect these benefits and kept the counter at zero, keeping the entire previously mentioned period for future unemployment benefits.

Hence this was ERTE Exceptional solution He accepted the administrative closure order, which gave positive results in stimulating the recovery of employment. However, future contingency plans will be “more austere”, that is, the state will not bear the cost of benefits and exemptions applied during this pandemic.