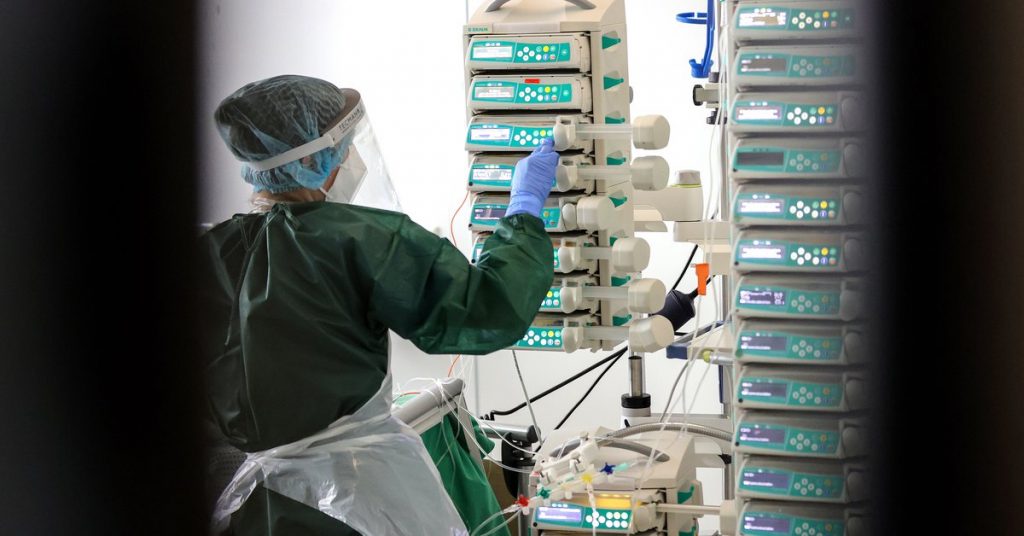 Germany’s seven-day cumulative infection rate has reached 100 new coronavirus infections per 100,000 population for the first time since mid-May., according to data from the Robert Koch Institute (RKI) of Virology updated last morning.

For a week and a half there was a file clear uptrend And only between Tuesday and Friday, the infection rate increased from 75,1 a 95,1.

The RKI had already warned on Thursday in its weekly report of a Accelerated increase in injuries in the face of autumn and winter.

What is more, “The cases this year are significantly higher than in the same period last year.” And “The percentage of positives on PCR tests performed in laboratories continues to increase.”From 6.6% in the week of October 4 to 8.3% in the following week, he said.

The incidence of new infections has long been the decisive indicator regarding measures to contain the coronavirus epidemic, although the vaccination campaign has progressed, other factors are now of greater weight, such as Occupying hospital with COVID patients.

And so, they reported on Friday 725 hospitalizations due to COVID-19 and a seven-day cumulative admission rate of 2.68 per 100,000 population, while the number of patients with COVID-19 in intensive care units remains stable 1.541 – 59 more in one day, which corresponds to an occupancy of 6.9% of the beds available in intensive care units.

Despite the continuous increase in cases in recent weeks, German authorities are considering lifting the national emergency due to the epidemic at the end of November, although appropriate measures will be maintained at the regional level.

However, it is an opinion expressed by the Acting Minister of Health in the Government, Jens Span, which – which Not shared by representatives of other parties in GermanyThe Social Democrats, Greens and Liberals are currently negotiating a coalition government.

The Federal Parliament (Bundestag) has approved the implementation of a state of emergency at the national level in March 2020 She maintained this position without interruption for 19 months.

This allowed the Ministry of Health to coordinate a series of hygiene and social distancing measures on a national scale, according to RKI standards, although their implementation was the responsibility of the federal states.

The Bundestag agreed in late August to extend this status for another three months.