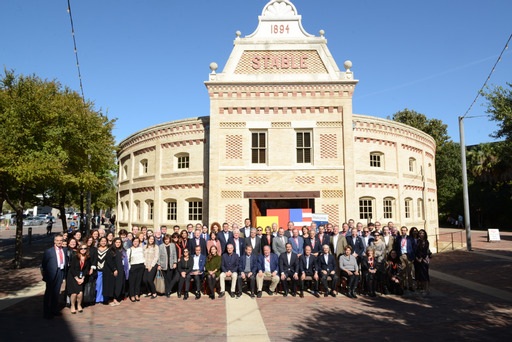 In the current social and economic context after the outbreak of the pandemic around the world, and only a few months after Joe Biden was appointed President of the United States, Spain and the United States Forum Celebrate the next few days 7 and July 8 Its twenty-fifth edition. In this sense, analyzing the economic recovery in a comprehensive and sustainable way after COVID-19 and the strengthening of transatlantic relations – in which Spain, bilaterally but also as an important partner of the European Union, has a lot to contribute – Monday The main topics to be discussed and expressed during the meeting.

The event, which was promoted by the Council of Spain and the USA Foundation. and its US counterpart, the US Council and Spain, will be developed for the first time in an innovative hybrid digital format. It will include high-level speakers, from the public and private sectors, including the High Representative of the European Union for Foreign Affairs and Security Policy, Josep Borrell; Second Vice President and Minister of Economic Affairs and Digital Transformation, Nadia Calvin; or the Secretary of the United States Department of Health and Human Services, Xavier Becerra, among other things. The Minister of Foreign Affairs, the European Union and Cooperation will also speak, Arancha Gonzalez Laya;

25 years of strengthening relations between Spain and the United States

The Spain-US Forum is the main meeting platform between Spanish and American civil societies, and since 1995, the Forum has proven useful in strengthening bilateral relations between the two countries, within the framework of public-private cooperation. In all, since its launch, 24 face-to-face forums have been held alternately in Spain and the United States. The last forums were held in Jerez de la Frontera (Cádiz) in 2018 and in San Antonio (Texas) in 2019.

The 25th Spain-US Forum was scheduled for November 2020 in Bilbao, but the celebration was postponed due to the pandemic (due to restrictions on movement and meeting). The city will host the next edition of the Forum in July 2022.