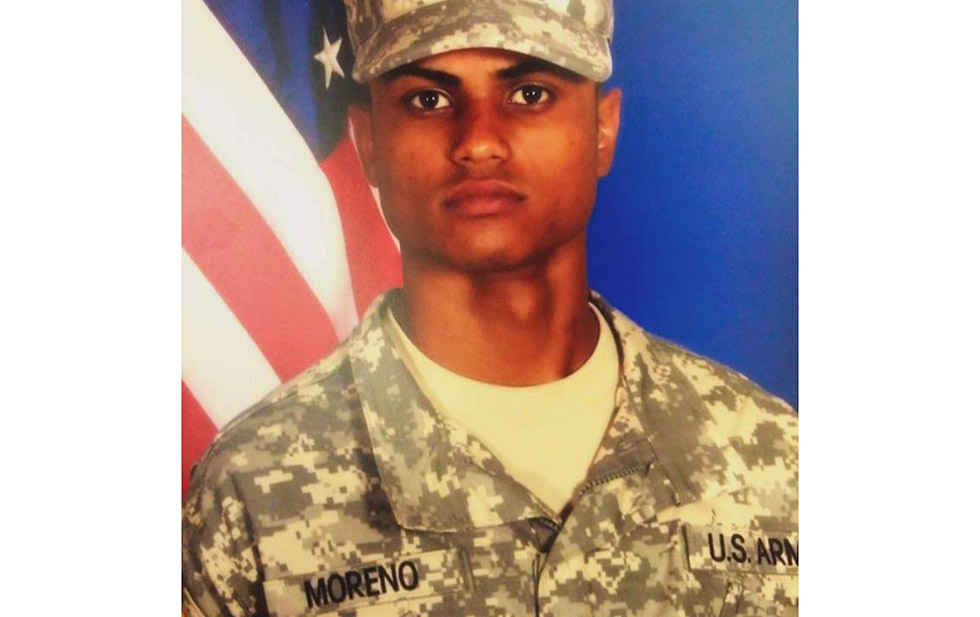 a step- Fort Bliss authorities have stated that Jes جs Jomar Moreno, a soldier from the 1st Armored Division, was the one who died last Friday in a motorcycle accident while traveling on Highway 10.

Moreno, 25, of Troy, Missouri, was riding his motorcycle while out of service when he lost control of his motorcycle and violently collided with the rear of a cargo truck.

The emergency bodies appeared at the scene and first aid was provided to the military man, who was transferred in serious condition to a hospital in the town, but because of the seriousness of his injury, Moreno, after entering the emergency area.

Moreno joined the Army in June 2015, and was assigned to the 123rd Brigade Support Battalion at Fort Bliss to provide maintenance service for the Bradley Combat Vehicle 91M system, after attending Basic Combat Training and Advanced Individual Training in Fort Benning, Georgia.

The specialist was deployed to Kuwait and rotated to the Republic of Korea during his tenure with the 3rd Armored Brigade Combat Team.

“The sudden loss of Specialist Moreno is being felt throughout our organization and we are deeply saddened by his death.” Fort Bliss said in a press release, as the supervisor of the Bradley Combat Vehicle System, Moreno had a profound impact.

See also  Former US First Lady Melania Trump launches her own collection of NFT, with a portion of the proceeds going to fund various charities