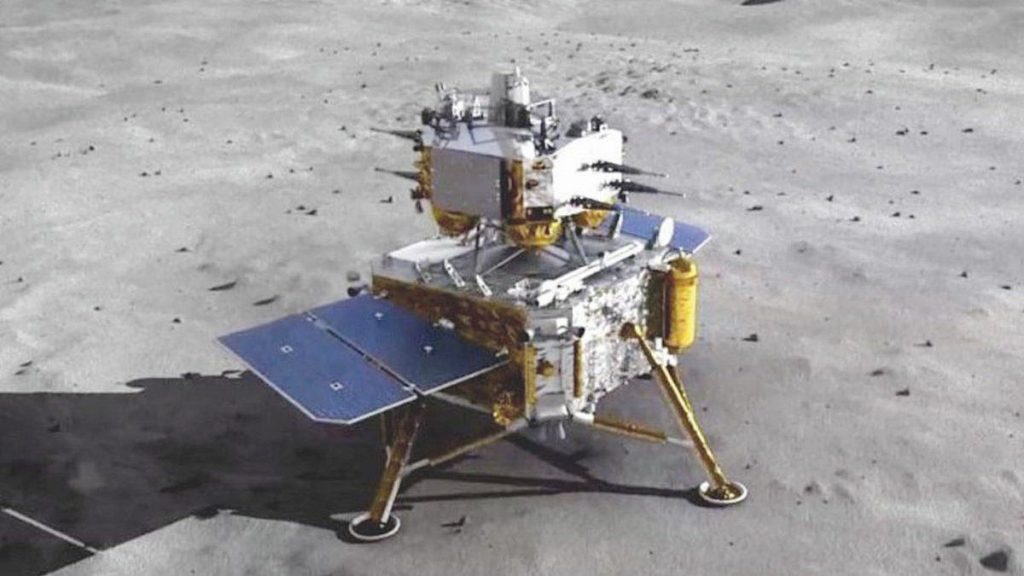 Public CCTV television broadcast pictures of the unit descending from the night sky with the help of an umbrella, before settling on the snowy ground. After that, trucks and scholars went to pick it up and a red flag with five yellow stars was placed near the artifact.

With this mission, China became the third country to bring samples from the moon, after the United States and the former Soviet Union in the 1960s and 1970s. President Xi Jinping conveyed his “heartfelt congratulations” to the responsible teams. the mission. “Your remarkable achievements will forever remain engraved in the memory of our country and our people,” the president said.

The last attempt to bring in moon samples was successfully carried out by the Soviet Union in 1976, with the Soviet mission Luna 24, but the United States had also collected rocks during the Apollo 17 manned mission (1972) taken directly by astronauts. Analysts at GoTaikonauts.com, which specializes in the Chinese space program, say it is a “technical achievement”. “Such a complex mission is still very difficult to accomplish today, even for the United States, Russia and other space powers,” he added. Chang’e 5, named after the goddess of the moon in Chinese mythology, was launched on November 24 from the tropical island of Hainan (southern China), and landed on the surface of the moon on December 1 near Mons Romker, in a mountainous area that had not been previously explored. With a mission to collect about two kilograms of the substance.

After sampling, the probe had to automatically climb into lunar orbit, dock with the orbiter, and transfer the payload back to the unit – complex operations performed remotely from Earth. “This has never been done before,” said Jonathan McDowell, an astronomer at the Harvard Smithsonian Center for Astrophysics in the United States, who considers that “the fact that everything went smoothly is a sign of the maturity of the. Chinese space program.” China is investing billions of dollars in its space program to catch up with Europe, Russia and the United States, and in 2003 it sent its first astronaut into space.

In early 2019, it managed to land a small remote-controlled probe and robot on the far side of the moon, the first of its kind in the world. The Asian giant also just finished the constellation of the Beidou navigation system, a rival to the GPS system in the United States, in June, and in the past it recently launched a probe to Mars, where it hopes to eject a small, remote-controlled robot next year.