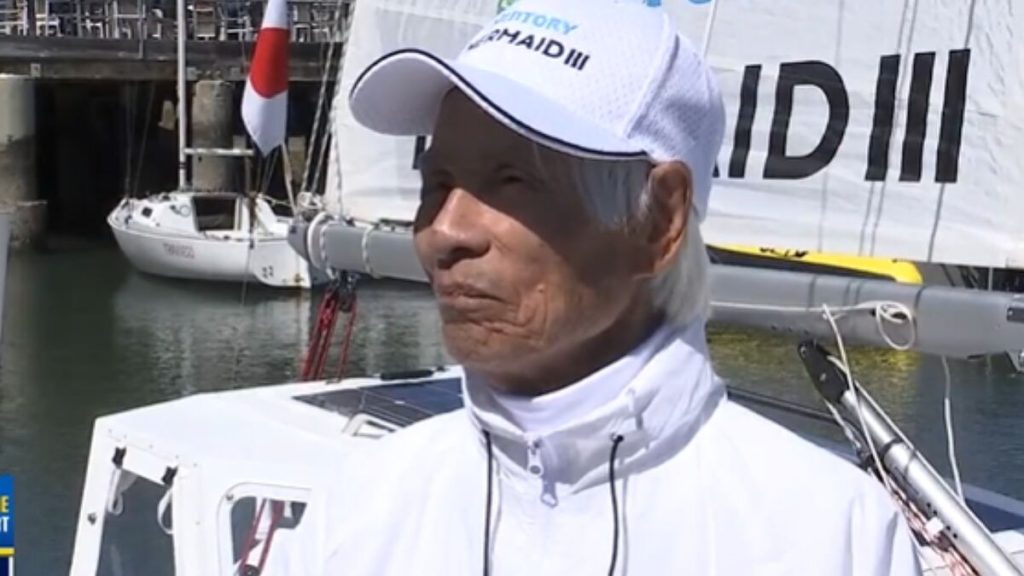 And83-year-old Japanese adventurer Kenichi Hori aspires to become the oldest solo sailor to cross the Pacific Ocean by sailboat. The round he has already completed almost a third of, According to Japanese media on Monday.

navigator who He actually went around the world alone in a similar boat between 2004 and 2005, Among the other transoceanic odysseys he’s best known for in Japan, he aspires to set a new longevity record on his head with his new voyage. “Overall, I’m doing well and without any problems. I’m enjoying the ride,” Horie told Japan’s NHK by phone.

In general, it works fine for me without any issues. I enjoy the trip

Japanese sailor sails without a motor, GPS or radar to save space It reduces the energy consumption of its small boat of less than six meters in length, navigates with nautical charts and a mobile app, as well as transmits its location via satellite, which can be checked in real time on its website.

The ‘Suntory Mermaid II’ is equipped with two sails of about 20 square meters and solar panels to power the electronics on board, and Designed on behalf of Horie to reduce wind resistance Increased maneuverability and lightness.

Hoori still has 3,384 nautical miles to cross the Pacific Ocean, If he does not encounter any obstacles in his path, he plans to reach the city of Nishinomiya, in his hometown of Hyogo (in southern Japan), in early June.

See also  Professor creator of Kipi, a robot who speaks Quechua: “Science should be taught by science” | Technique