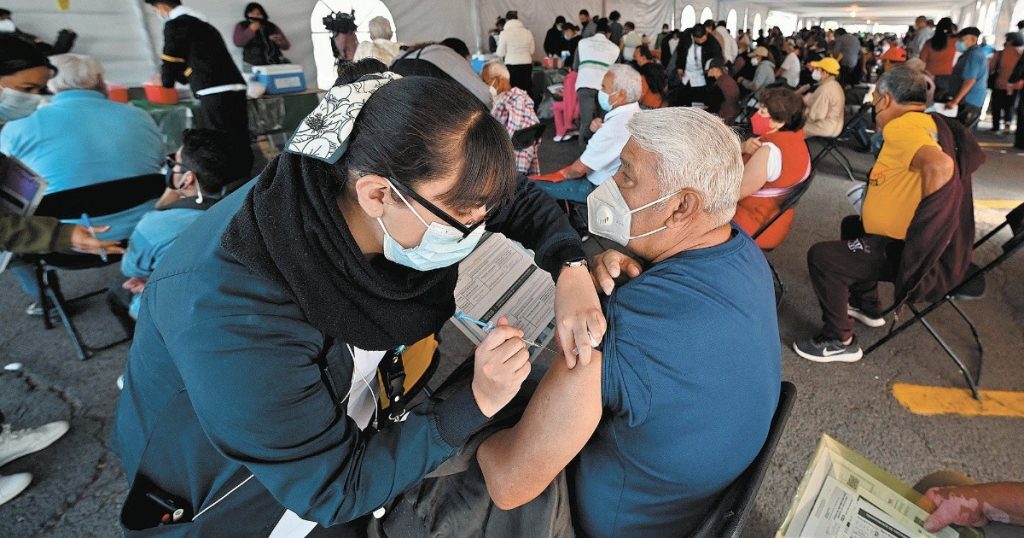 By 2022, Mexico City will begin the process of full economic growth, and this derives from the fact that revitalization measures were implemented in 2021 that allowed the opening of 100% of the economic units of the country’s capital, the Prime Minister said. For Economic Development (Sedeco), Fadala Akabane Hanayd.

The minister explained, this Tuesday, that there are already indications of a recovery in commercial activity during the past year, and that at the same time, better performance is guaranteed for the current year.

One of them is what was recorded in the Electronic System for Notices and Permits for Businesses (SIAPEM) that during 2021, 16,726 low-impact businesses were opened in the city.

“The opening of these institutions represents the creation of 184.32 job opportunities in the capital, an increase of 46,487 jobs over those recorded in 2020, and the lines that added most jobs were offices, squares, shopping centers and stores, which were revitalized during 2021 and are employing more people,” the official said. for their operations.

Another factor ensuring better dynamics for this year, he said, is the implementation of the national vaccination plan, as most of the population is already vaccinated.

Fadala Akabane noted that the traditional low-impact business lines that recorded the largest number of openings during 2021 were cafeterias and inns with a total of 1,678 units, while grocery and miscellaneous stores were 1,122, while food vendors with dining room service with 1,041 turns.

Likewise, mayors authorized the operation of 58 archaeological institutions in neighborhoods.

The municipalities that led to the opening of the economic units were Cuauhtémoc with 2,439 registrations, Álvaro Obregón with 1,703, Benito Juárez with 1,585 and Iztapalapa with 1,497.

It should be noted that SIAPEM also recorded the closure of 969 institutions, which is 212 less than in 2020; Of which 140 expressed the epidemic as the reason for its closure,” the Sedeco chief delved into.

For its part, due to the increase in infections with the Covid-19 virus, the Mexico City Health Secretariat announced new measures that will be implemented from Tuesday; For example, the working hours of 117 health centers that conduct examinations have been extended from 8:00 in the morning until 2:00 in the evening.

Through a media scope, the agency stated that supplies will also be replenished to double the number of tests to 200, which can be performed up to 23,400 per day.

Changes were announced in the Zona Rosa . economic bombing project

The Mayor of Cuauhtémoc, Sandra Cuevas Nieves, announced that the Zona Rosa economic bombing project will be adjusted for this new year, as the green tourism corridor will be developed.

He explained in a press conference that the project has an initial budget of 50 million pesos and consists of saving more than 700 businesses, but with a sustainable approach “with a vision in harmony with nature”.

See also  The government agreed with the Paris Club to postpone the $2,000 million maturity date set for March 31

“It will be a green tourist corridor where we will transform the entire Genoa street into green and green, I mean nature because it is an environmentally friendly project for all these visitors, which will also allow it to be one of the most famous tourist sites .. visited and thus allowed the economic movement for the benefit of 700 institutions.”

Regarding the reasons for modifying this project, Cuevas Nieves explained that this is due to the fact that the various licenses were not obtained from the dependencies of the Mexico City government.

“If there is something that cannot work, like the technological Zona Rosa tourist pass that we have proposed, I will not continue to fight on a project that will take a year and a half to manage. Now we are passing through the green tourist pass in Zona Rosa,” he said.

At the same time, he reported that he will attend 45 streets in the Juarez neighborhood due to the presence of potholes in the asphalt layer.

In October last year, the mayor announced that the techno-tourist corridor will be built in Zona Rosa, which she intends to replicate the Las Vegas corridor in the United States.

The total investment of this new project amounted to 300 million pesos and is scheduled to be completed at the end of January 2022.

In determining that their government action plan remains in place, which seeks to make demarcation the best mayor’s office in Mexico City and prioritize economic development, the official said they will seek to complement local blasting projects with central blasting projects. governmental.

He identified the central goals of the 2022 budget as Zona Rosa, public markets, and restoration of public spaces, as well as support for the Atlampa neighborhood to make it residential, student, and industrial.

The mayor also announced major accomplishments in the first 100 days of her rule, such as restoring 13 squares, parks and gardens and renovating public markets.