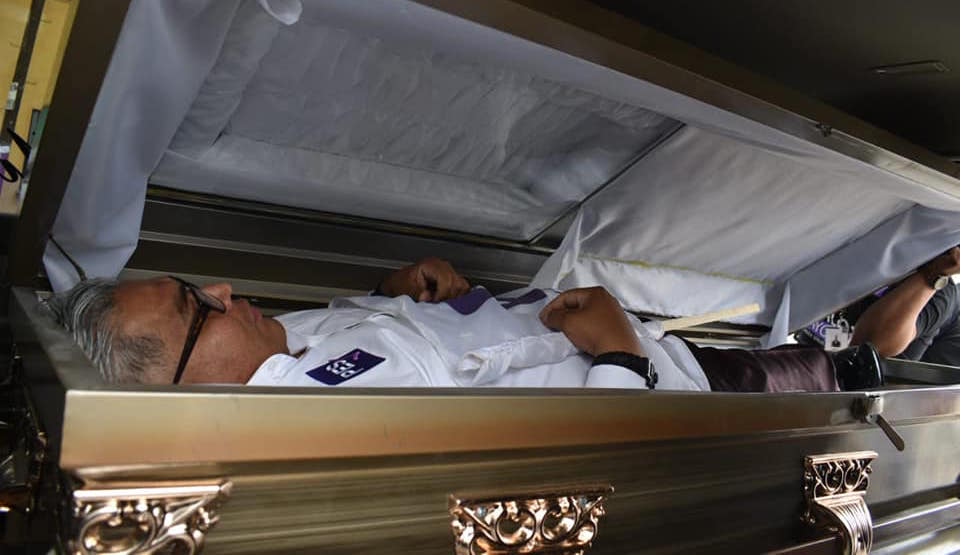 Inside a coffin, with the slogan “If you do not comply, let them bury me alive,” Carlos Mayorga began his campaign for the Federal Reserve 02 District in Chihuahua, with the Solidarity Encounter (PES) party.

It might interest you: Two members of the Light of the World nominate Morena to San Lazaro

“Funeral ceremonies” were held near the International Bridge of Zaragoza, in Ciudad Juarez. According to the candidate, “they were an awakening and affirmation of the interest of life, as well as a call to the authorities to take responsibility. For the suffering of the people.”

Inside the coffin, Carlos Mayura began the election campaign for federal lawmaker.

Show … “If I don’t comply, let them bury me alive”

During the campaign event, Mayorga said he was one of a million and a half border residents “who have gone dead due to the indifference of political parties, who are not interested in helping who should represent, local and federal representatives who when they come to power forget and tie their people and want to revive with more promises.”

“From this coffin I honor those who have died due to government neglect, those who have suffered from politics and politicians who do not care about the lives of people and organized crime doing what they want. From this mineral fund I sympathize with those who lost their loved ones,” he said.

Carlos Mayorga, who is in Social media Describing himself as a “Christian journalist, preacher, and lecturer,” he said that he would “legitimize the love of God, my city, my state and Mexico.”