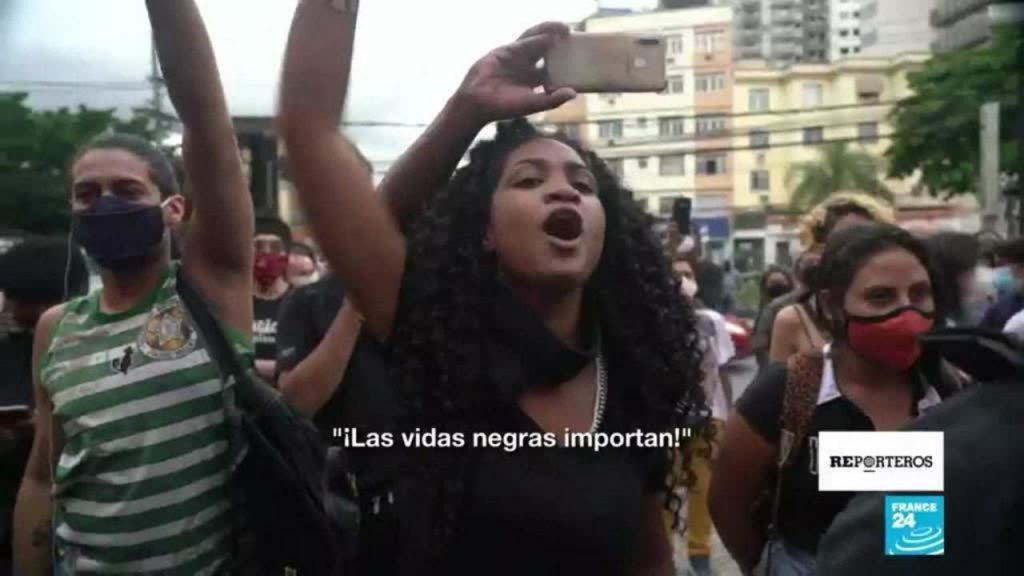 Racial conflict marked the year 2020 in most parts of the world. While in the United States, African American George Floyd died of suffocation at the hands of a police maneuver in Minneapolis, in Rio de Janeiro, Joao Pedro, a 14-year-old, died by police bullet. This has led to various movements fighting against racism, a catastrophe deeply rooted in a country that houses 56% of the population of African descent.

The Brazilian police are considered the most violent in the world: 17 times more black citizens perished at their hands compared to the US police

At the end of 2020, weeks after the death of Joao Pedro, a person was killed by security guards at a Carrefour supermarket in Porto Alegre, a fact that sparked demonstrations in the chain’s establishments, which became violent.

“Every 23 minutes George Floyd dies here in Brazil. But if the Brazilians react with the same force as the black movements in the United States, we will be executed and imprisoned.” Pedro Burgess, a journalist who has devoted his work to racial struggle, said: “State repression here is so strong that it makes mobilization difficult. “.

Much of Brazil’s population is descended from four million Africans who forcibly arrived on the American continent. However, many of their children are not aware that their country was at the time one of the most slave-owning regions in America.

In that country, teaching of Afro-Brazilian history and culture has been mandatory in schools since 1996. But it is rarely seen in classrooms.

In addition, the social division has prompted parents of children of African descent to demand more of it due to the situation.

“My husband is black, and my son Natan is black, and we feel compelled to ask him to modify his behavior because of the color of his skin. We ask you to be gentler than usual. We are tougher with him because he is black, it should be irreversible in the eyes of society.” Denise Rosa de Matos said, Aunt Joao Pedro, “It shouldn’t be like that, we’re all the same, regardless of our skin tone.”

On the other hand, many teens reported discrimination from the country’s white population.

“One day I was in the park with my sister, brother, and grandmother. There were some white girls playing. So I asked them if we could play with them. They told us,“ No, only white people can participate, and there is no place for blacks here, ”said Evelyn, a young Brazilian , For the program.

Population is organized to promote changes in society

During the presidencies of Luiz Inacio Lula da Silva and Delma Rousseff, the ethnic issue in Brazil was an important political ally. However, the nation, which is considered the second largest black community in the world, is experiencing a setback as it is ruled by an outright racist president.

Jair Bolsonaro, the nation’s current president, declared during the election campaign that descendants of slaves “are of no use, not even in childbearing” and created the slogan “My color is Brazil”.

See also  They ask the migrants not to satisfy Matamoros camp

However, racial conflict in the largest country in South America begins to gain ground and take advantage of any space. During the municipal elections held in November 2020, the participation of black candidates for the first time exceeded the number of white candidates.

“Racism is what founded Brazil, and we have an opportunity to reshape history with black men and black women who came to power. We are here to open the door to the possibility of overcoming social inequalities based on common interests.” Said Renata Souza, Rio de Janeiro’s state vice-president and candidate for mayor During the campaign: “The entry of the black population into politics is a matter of life and death.”

Although they realized that much remained to be done, the consolidation of the anti-racist movement in Brazil was already beginning to see results. Brazilian companies have begun to show solidarity with people of African descent, and in particular, the Carrefour Group has offered 100 management positions for blacks.