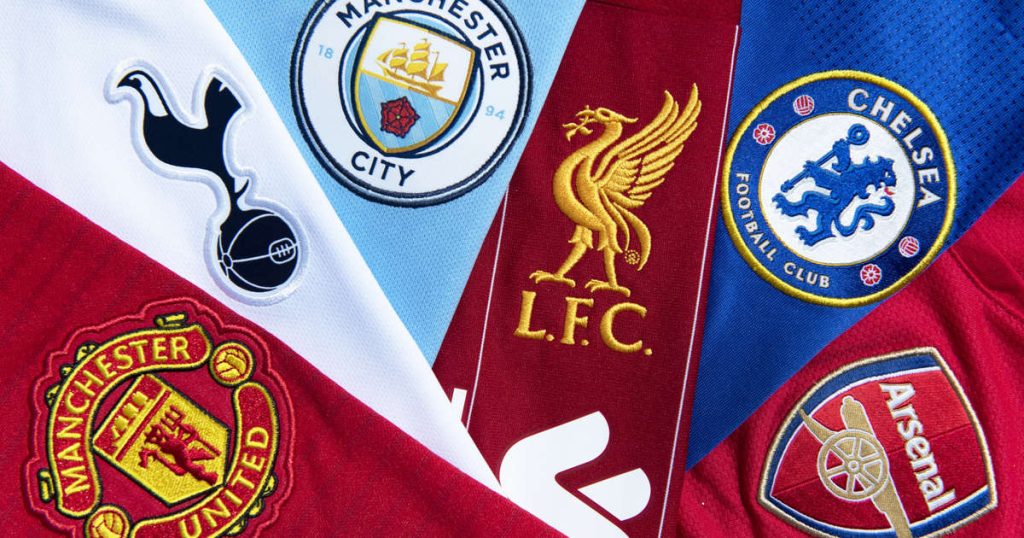 The English Premier League (EPL) is among the most competitive division in the world. It features elite football clubs that have top-tier talents. The clubs are also among the wealthiest compared to their counterparts in other divisions. The EPL has what has come to be known as the “The Big Six”. Unlike other European football competitions where the league is dominated by one or two clubs, the EPL trophy is technically for anyone with six teams at the top fiercely fighting for it.

The premier league scorers table is just as competitive as the division. Almost every year, a new player claims the top spot. In the 2020/2021 season, Tottenham Hotspurs player, Harry Kane emerged at the winner. Although the current season of 2021/2022 is still ongoing, Mo Salah of Liverpool is showing no signs of slowing as he leads the list.

Liverpool, Arsenal, Chelsea, Tottenham, Manchester United, and Manchester City are considered the ‘big six’ in the league. It’s because they are the consistent ones. Additionally, they also have the biggest fanbase, some of the largest stadiums, besides being the top earners. This doesn’t mean that other clubs are dormant. Rather, the other positions are also hotly contested.

However, the top six wasn’t what it is known today. In the early 2000s, it used to be known as the top four. It comprised Manchester United, Chelsea, Arsenal, and Liverpool. As time progressed, clubs had to come up with ways of finding their edge in the division. This included adding exceptional talent inside the field and on the managerial level.

See also  US oil production to decline in August due to drop in pumping on high seas: EIA

Although not part of the big six, Blackburn Rovers and Leicester are also competitive, managing to win the premier league title in 1995 and 2016 respectively. Nevertheless, their inconsistent performance is what is costing them. There are other big clubs in the league who were once part of the big six. They include Aston Villa, Newcastle, Leeds United, Nottingham Forest, and Everton. However, they’ve also suffered in the hands of intermittent performance.

Surprisingly, Tottenham is the only one among the top clubs that haven’t managed to lift the premier league cup. It’s something that is often used to mock the fans of the club. Nevertheless, it has managed to put up a spirited fight over the years. Players, managers, and fans are hopeful that one of these days they will also grab the top spot on the table.

It’s impossible to mention the success of these top clubs without mentioning the managers who work tirelessly to steer them. Sir Alex Fergerson will go down in football history as one of the most successful coaches. Not only did he help mold the team, but he has also mentored various football stars including Cristiano Ronaldo, who made a comeback to the club.

Since his retirement in 2013, Manchester United has struggled to maintain its dominance in the league. Still, they have managed to command a huge following besides being one of the richest clubs in Europe.

The arrival of Pep Guardiola and Jurgen Klopp in the EPL has made things spicier and the competition tougher. The two managers have helped to propel their clubs to the point of winning the premier league titles after long dry spells. On the other hand, Arsenal has found itself in the bottom end of the big six after the departure of Arsene Wenger. Pierre-Emerick Aubomeyang has been instrumental in helping the club to maintain its performance.

See also  The United States will host Mexico in Cincinnati, their new venue for the World Cup qualifying round

Although Chelsea didn’t start as a powerhouse, it has grown to become an exquisite football club in the world. There are various coaches like Carlo Ancelotti, Jose Mourinho, and Antonio Conte who have developed the club into what it is today. In the 2020-2021 season, the blues managed to finish fourth with 67 points behind Liverpool.

The English Premier League is truly a competitive division that has commanded a huge fanbase around the globe. Even though it’s hard to tell the club that will emerge victorious in the 2021-21 season, fans can be sure of entertaining sporting action.