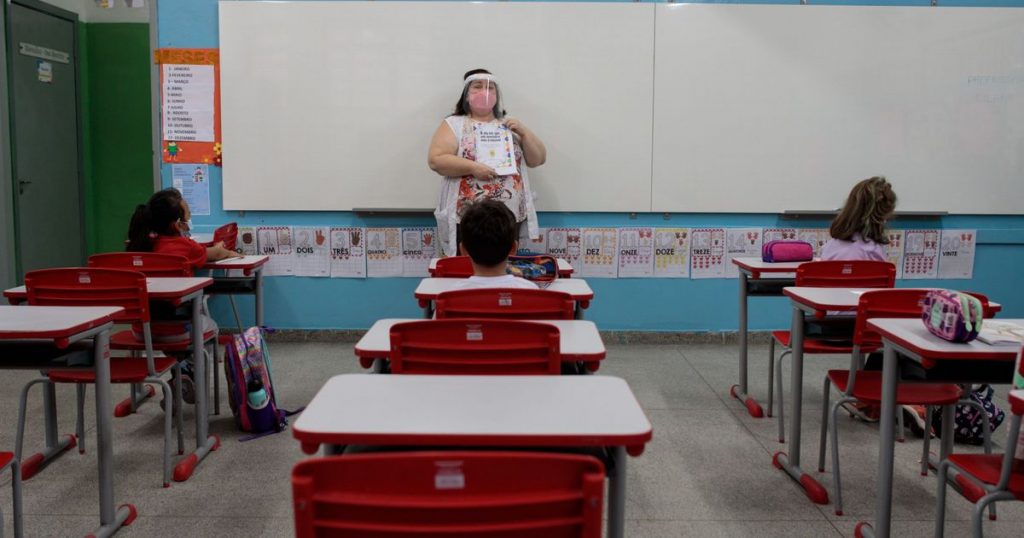 Rain, thunder or lightning on August 30th, kids will go back to class face to face, despite the fact that we are at the height of the third wave of Covid. This week, more than 28,000 new cases were recorded in one day, reaching a record level for the entire pandemic. The United States recorded an increase of more than 40 daily cases per 100,000 inhabitants, a similar case to the United Kingdom, which records 45 daily cases under the same scale. Both countries have made strong progress in vaccination campaigns. The first vaccinates 50 percent of its population with two doses, and the second 61 percent. In the United States, 94 percent of new infected cases come from the unvaccinated population. In our country, only 23 percent of the population has been vaccinated, and judging by the large number of people who do not have antibodies, the virus can still multiply and transform into new forms.

But the government decided to open classes with children, being part of the population that has not been vaccinated. With schools open, we risk becoming a similar case to India, where we can continue to see a vertical acceleration in the number of cases in the following weeks.

The government and parents face a big dilemma. The first has an urgent need to continue to support the economy. The latest leading economic indicators indicate less dynamism in consumption, which is the engine of the global economy, and therefore the risks of economic growth are skewed to the negative side, irreparably detrimental to the recovery of economic activity. Part of the economically active population has not returned to work because schools are not opening. It is an undeniable fact that for many parents, schools operate like day care, because it gives them the opportunity to go out to work. However, the cost of going back to school may be of unimaginable proportions because so far most hospitals are saturated, and even more so for children.

For parents, the situation is especially difficult, and the population most affected by these conditions are low-income people. Exposing children to return to school that does not have minimum safety protocols, at the expense of trying to bridge the educational gap that has arisen as a result of the health emergency. Children and youth were among the sectors most affected. Social distancing and school closures for a year and a half have taken a heavy toll, leaving significant emotional and social consequences. Finally, overcome fears of contagion, given that the vast majority of families have been victims of Covid, and in the absence of vaccines, the possibility of infection among children and young adults is high.

It is a fact that schools in most developed countries have not closed their doors. They are economies dedicating more resources to their educational programs, and with the health emergency, schools have received more support from the government. They have a specific work protocol, as well as clear and specific measures to mitigate the number of infections.

Returning to the classroom in Mexico has no planning or minimal preventive measures to try to mitigate the acceleration in the number of cases. There are no protocols for action in case the infection spreads in schools. The government appears to be sending mixed and confusing messages, acting negligently. Moreover, there are doubts about the effectiveness of vaccines given to the teaching profession. Parents are concerned about the current quality of infrastructure and health conditions in schools. The urgency of the government is so great that I hope I have done the math well because with a return to the classroom in these circumstances, it can exacerbate the aforementioned conditions. As a mother I find myself in a big dilemma.