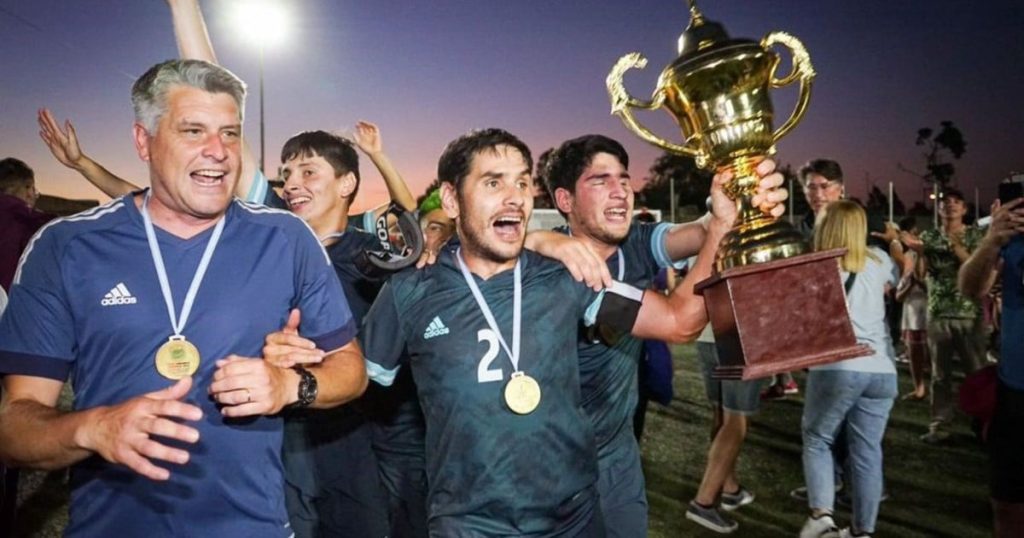 The Argentine blind football team won the penalty shootout after a 0-0 draw. They had avenged themselves in the Tokyo 2020 Paralympic Games final.

batArgentine blind football team, was Revenge of Brazil Defeated in the Tokyo 2020 Paralympic Final and this time they celebrated in a big way: they triumphed in the definition on penalties and dedicated themselves Copa America Championswhich was played in Cordoba.

“The matches with Brazil are special in all sports. We played with them in finals and because of the details they took advantage of us, but we think we are working well and this is the moment to beat Brazil. The atmosphere is special. Moment. It doesn’t compare with any tournament. You feel the noise of the medals,” He told Clarin Maximiliano EspinelloArgentina’s top scorer before traveling to Japan to play the games.

In that competition, his dream was only one step away from becoming a reality: the Brazilians won 1-0 in the deciding match and the Argentines had to settle for the silver. However, the illusion materialized on Friday at the facilities of the Cordoba Football League.

Encouraged by the Argentine fans, the players took to the field to look for the match, although they took care to prevent their opponents from causing them danger. In this way, the first half ended without great goals.

The second half was even more exciting, with clear access from both teams. However, neither of them was able to open the scoring, which was a goalless tie until the end. In this way, the champion was determined in the penalty shootout.

Maximiliano Espinello of Cordoba, who was the first to kick, put the team led by Claudio Falcao ahead, while Cassio Reis equalized the series. After that, Ignacio Oviedo put the Albiceleste team in front again. This time, Raimundo Nonato missed the shot and Brazil couldn’t get the result.

The bats won the final against Brazil and became the champions of the Copa America. (Photo: DeportesAR)

Aside from the significance of winning the South American Cup, and defeating Brazil in the final, the Argentines secured a ticket to two major international tournaments for the following year: the Santiago 2023 Paraben American Games and the Paraben American Games for the Blind and Visually Impaired. Athletes, to be held in Birmingham, UK.

This is the fourth time that Los Murcielagos has won the American championship: they have already achieved it in Argentina 1999, Brazil 2005 and Chile 2017.