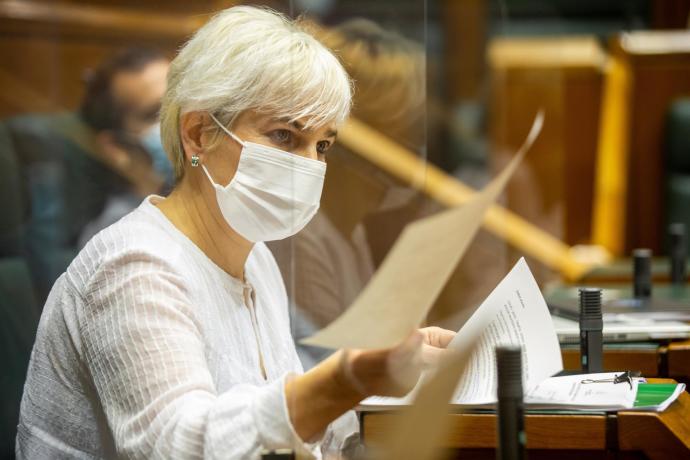 Vitoria, May 11 (EFE). – The Basque FA “does not give up the objective (to achieve) the official status of Euskal Selekzioa, always while respecting current legislation” and thus “does not close the door” to achieving his entry into UEFA and FIFA.

This was stated by the entity’s president, Javier Landita, in his appearance before Parliament at the request of EH Bildu, whose representative, Rebeka Ubera, questioned why he had not appealed to the Court of Arbitration for Sport (TAS) the refusal given by UEFA and FIFA last year. To accept the Basque Country, and for the steps to be taken in the future.

Landita explained that the union’s legal services concluded that given the statutes of both entities “there is no possibility of success” if a TAS is used because, among other requirements, to be a member, you must be a national association. A country recognized by most countries of the United Nations.

The “current case law” was not valid because it was adopted “according to previous regulations, which were amended at the request of the Spanish Federation to prevent the Basque Country and Catalonia from entering” UEFA and FIFA, so Landita understands that in this case “there are political conditions that do not give income Another possible transfer to TAS”.

He said the decision not to appeal to the Court of Arbitration for Sport “does not mean that the process has not yet begun or that this board abandons the objective of Euskal Selekzioa’s official status always while respecting existing legislation”.

He explained in this regard that FIFA allows a new entry application to be submitted within a year and that its statutes provide for entry to regional associations if they have a mandate from the state entity.

In 2019, the Basque Federation had already considered this possibility, but the president of the Spanish Federation, Luis Rubiales, told them that “no negotiations will begin in this regard”.

However, Landita considers that “the door to a possible agreement in the future has not been closed” and points out in this sense that the 2019 agreement between the PSOE and the PNV for the inauguration of Pedro Sánchez included “a commitment to open channels for strengthening the international representation of the Basque Country in sport and culture”.

Of the parliamentary groups, Rebeka Ubera (EH Bildu) noted that there are teams in FIFA and UEFA such as Scotland, Wales and Gibraltar, which are not independent countries, and asked Landita how Parliament can help achieve formal status. From Euskal Selekzioa.

“The point is that Spain is not the United Kingdom,” lamented the nationalist Aitor Urrutia, who was ready “to agree on everything necessary for the Basque team to have its place on the international scene.”

José Antonio Pastor (PSE) warned that any step towards official status would have to be “agreed, agreed upon and shared”, Carmelo Barrio (PP) noted that the Basque Country is not a country and that football should not be confused with “regionalism”. claims”, and Amaia Martínez (Vox) appreciated the “big role” of Basque players with Spain, “from Pichichi to Unai Simón”.