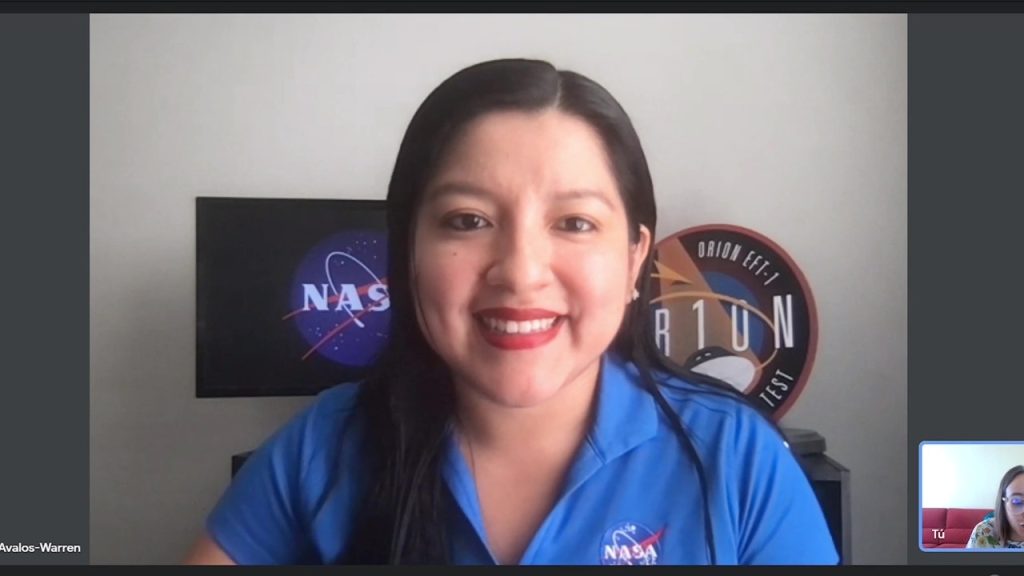 It’s been 50 years since an astronaut stepped on the moon. It happened in 1972, with the last mission of the Apollo program. NASA is now planning to return to the Moon with more long-term projects, and the communications director for the Artemis I mission, Rosa Avalos Warrenwith TecnoXplora to tell us more about the trip to the satellite.

For starters, the Artemis I is an “unmanned test flight”. This mission without astronauts would last approximately 42 days and would give NASA a foundation for deep space exploration. during your trip, It will orbit 100 km from the moon To obtain data for future space travel.

Artemis I consists of three components: 13 satellites which belong to other tasks; The space launch system or SLS, “the most powerful missile that exists in the world” and Orion spaceshipsays Avalos Warren.

For a NASA worker, this one-way mission of over 1 million km is a great learning opportunity for future space explorations. For example, some mannequins inside He explains that Orion will “measure the radiation of the moon.”

Those will be future missions Artemis IIWhich will be inhabited and among its pioneers is a woman and a person of color. However, it will not land on the moon. For this landing there will be Artemis IIIand all missions will work together “in the future, We have a space station on the moon, GateArtemis and its role on the moon will also pave the way for NASA to expand the presence of humans in the future on the satellite, and finally, Take the “jump to Mars”.

Differences between Apollo and Artemis

The It took NASA 50 years to get back to the moon, but for Ávalos-Warren, the agency has never stopped exploring and learning for this mission and others. In addition, it is clear to illustrate the difference between the Apollo program, the last to travel to the moon, and the current Artemis program.

“Artemis I lays the foundation for missions to the moon. Unlike Apollo, we wouldn’t go to the moon to say we did; But we will establish a presence there,” he says. Ávalos-Warren also stresses that NASA will build on everything it learns from Artemis in the future “to move forward” and expand “humanity’s presence in the solar system.”

What can stop Artemis from launching on Monday 29

As a manned flight mission manager, Ávalos-Warren will take over communications Between the agency and the ship, it follows the path of Artemis 1 “from its launch to its return to Earth”. Both systems, the SLS and the Orion spacecraft, are scheduled to launch on Monday, August 29, at 2:33 p.m. Spanish time. Both Already prepared on platform 39B Kennedy Space Center in Florida, United States.

NASA has everything ready to do the job well, but the time or date may vary. In addition to Meet four basic criteria Previously studied, such as communication and navigation, Others like unpredictable weatherso its launch is not 100% confirmed.

Thinking about the environment

Creating spaceships, as well as maintaining them, generates a Huge expenditure on energy and huge amount of waste. However, NASA developed the Orion spacecraft with the same technology as the International Space Station: both are solar powered.

See also  Except for this million dollar pen - FireWire

Next Monday, when the Artemis I mission kicks off, Ávalos-Warren will be at the console where they direct “Go”, then her to take off. She speaks proudly of how future generations will be able to “inspire Artemis,” as well as the fact that humanity’s return to the moon is fascinated by her. For her, the Orion spacecraft represented “the beginning of a new era of manned space exploration”.

What color is the moon? The 174MP photo shows what it really looks like