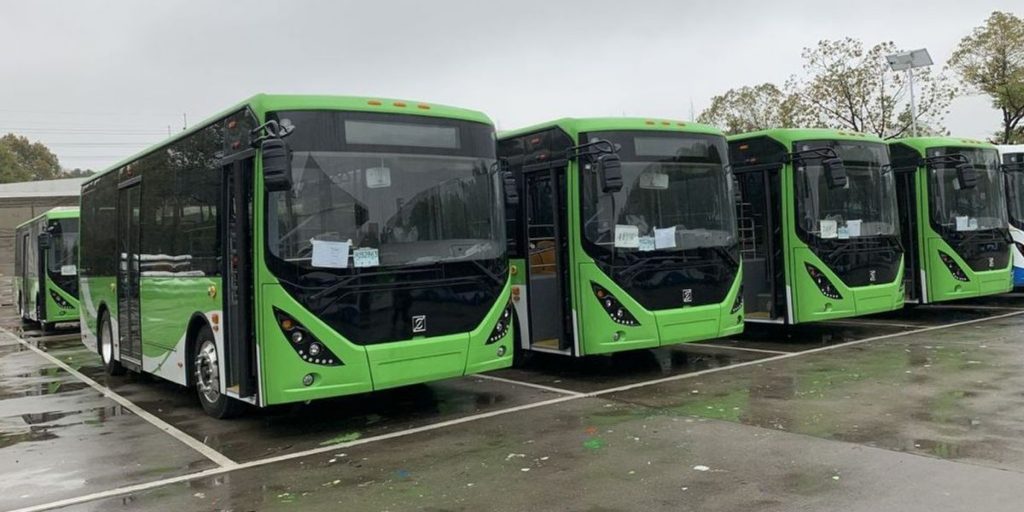 A total of 38 Sunwin-branded units that will be part of Mexico’s first fully-electric road to transport units, which will be intended for Jalisco users, have arrived at the Port of Manzanillo from Shanghai, China, with the aim of being relocated in the next few days to the Guadalajara metropolitan area.

This road, Which will be linked to Mi Macro Periférico, will improve transportation service to the eastern Guadalajara metropolitan area, specifically to the municipality of Tonalá, an area that is historically lagging in both urban infrastructure and its demands for quality public transportation.

This bus is 8.6 meters long and has comprehensive accessibility, as well as a battery-powered electric motor, with a range of 200-350 kilometers and a capacity of 58 passengers. These types of units are already used in countries such as Pakistan, Taiwan, Saudi Arabia and Dubai and in 16 cities in China, their country of origin.

In addition, this fleet will meet the objectives of the Urban Climate Action Plan with the goal of reducing greenhouse gas emissions into the atmosphere to combat climate change.