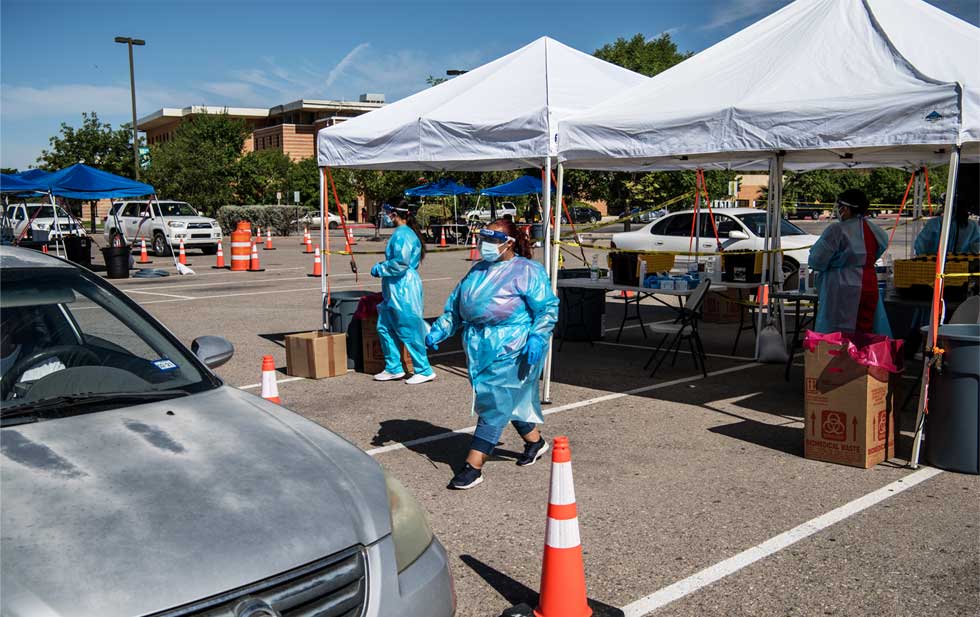 Epidemiologists have confirmed that a strain of coronavirus called Delta, which was confirmed Friday afternoon by health authorities in El Paso, Texas, is also in Ciudad Juarez.

In El Paso, the Department of Public Health (DPH) has released three confirmed cases of this type — which are considered highly contagious and have accounted for more than 80% of new cases in the United States — in the community. All three were presented in women, and none were vaccinated: one in her 20s, one in her 40s, and one in her 60s.

In Juarez, at least two people have been tested positive through experimental mutation sampling conducted by Clinical Medical International (CMI), which has the technology to identify variants.

“It should come as no surprise to our community that the delta variant has now been confirmed in our community. We knew it was only a matter of time, so it is important that members of our community are vaccinated,” said Dr. Hector Ocaranza, El Paso City and County Health Authority.

He noted that of the three reported cases, two women reported experiencing mild symptoms and did not require hospitalization. Another was admitted and discharged from the hospital.

The patients have been isolated for several days and are now in trouble. Health officials investigated and conducted contact tracing.

Faced with this situation, Mayor Oscar Lesser and District Judge Ricardo Samanego have urged the binational community to wear face masks and take responsibility for their health.

At a press conference, Samaniego insisted that parents send their children to school, especially those under 12, with face protection, as there are no authorized vaccines for them. Most district school districts will return to face-to-face lessons on Monday, August 2.

“The vaccine provides an important layer of protection for people who, if not vaccinated, can catch the virus and become seriously ill,” said Dr. Ocaranza.

He explained that the danger is not over yet, and urged local residents to be vigilant, vaccinated and cautious when traveling or in crowded places.

Specifically nine strains of the Covid-19 coronavirus are able to be detected by scientists of the International Medical Clinic, thus becoming the only private laboratory, in addition to the Institute for Epidemiological Diagnostics and Reference (InDre), that can prove mutations such as the one mentioned, and is three times more infectious than the origin.

Professionals Roberto Assel, Director General of CMI, and Joaquín Cervantes, Deputy Medical Director, noted that this progress is a great support, as knowing which branches exist will help companies and government in generating better policies that allow everyone to be protected.

“We have the ability to identify nine variants of Covid-19, but the kits we use are currently subject to Investigative Use Only (RUO) classification. I can tell you that we are the first private lab in Mexico to have access to this technology,” the second doctor said.

A public health teacher specializing in immigration medicine also noted that the pilot sampled six Juarenses. He noted that in addition to Delta, Kappa and Indies, they could also confirm the British company Alpha; Gamma and Zeta, Br; Epsilon, CA; ETA, Nigerian; Iota, from New York; and Ming.

“Next week we hope to open and provide services to residents in Chihuahua. This technology performs genetic analysis by PCR (polymerase chain reaction test) and detects mutations; we can identify nine variants,” Cervantes announced.

He noted that the US Centers for Disease Control and Prevention (CDC) and the World Health Organization (WHO) classify the differences between SARS-Cov-2 into two groups: of importance, they do not understand the severe and dangerous risks, as confirmed in South Asia.

“From Monday, we will be ready to offer a service or resource on a large scale to select variants for companies, hospitals, public or private organizations of all types. Those interested can call 656-227-2805, that is, the direct call center.”

The delta variant is highly contagious and has accounted for more than 80 percent of new cases in the United States. The symptoms of the delta variant appear to be the same as those of Covid-19; However, doctors are of the opinion that people get sick faster, especially young people.

People who have been vaccinated are usually asymptomatic or have very mild symptoms if they contract the delta variant, and it is important to note that they can transmit the virus and infect others. Its symptoms are similar to the common cold, such as a cough, fever or headache, with additional symptoms of significant loss of smell. We strongly urge the public to vaccinate if they have not already done so.