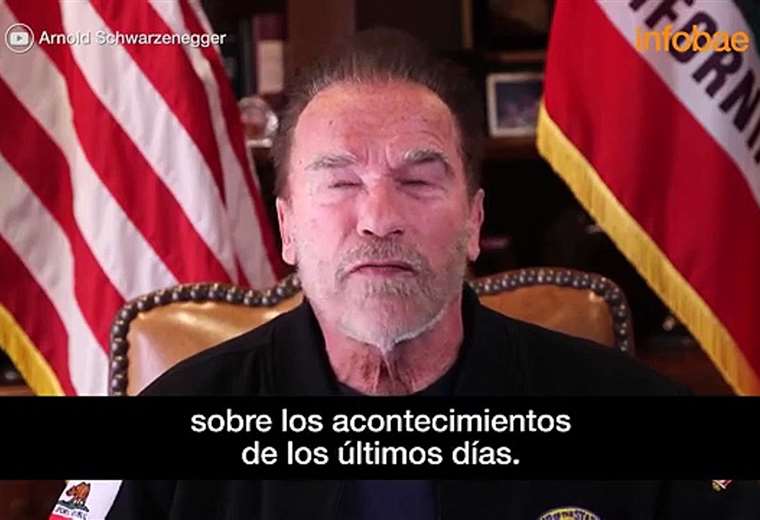 In his “Terminator” tune, actor Arnold Schwarzenegger defends democracy and lent his support to the newly elected president, Joe Biden.

He did so in an extensive video that lasted over seven minutes and summoned the Night of Broken Glass, When Nazi hordes attacked the windows of Jewish-owned shops in 1938, Words of Roosevelt or Kennedy and even Conan the barbarian sword.

The darkest Wednesday in 2021 for Americans was sparked by supporters of President Donald Trump as they violently stormed into the US Congress.

“He sought a coup by fooling people with lies. My father and my neighbors were also confused with lies, and I know where these lies would lead. President Trump is a failed leader. He will go down in history as the worst president in America. The good news is that she will soon become irrelevant Like an old tweet. “

During the video that Infobae translated, the actor brought out a sword similar to “Conan El Bárbaro,” a movie he starred in in 1982, and compared it to a democracy that “must be shaped by difficulty.”

He ended his speech by calling for a union between Democrats and Republicans because “we need to deal with the tragedy of what just happened.”