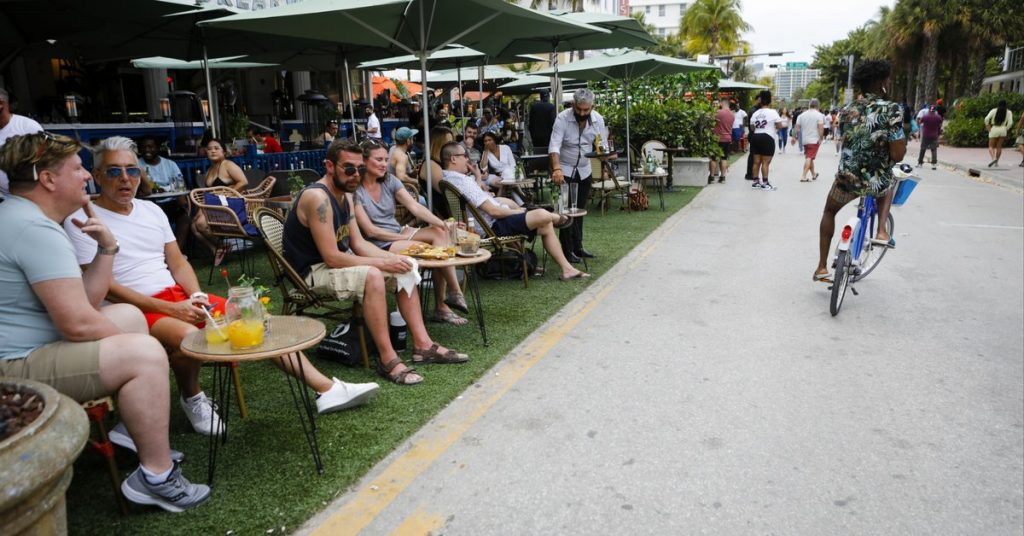 What was a file A secret for you Now you have specific data to confirm: New Yorkers move to Florida.

According to data provided by the Florida Department of Highway Safety, From September 2020 to March 2021, 33,565 drivers in New York changed their driver’s license to Florida.

In the United States, where there is no mandatory federal national identity document, A driver’s license is often considered the main identity document. When moving to another address, many Americans change their licenses to the new state Although they are not legally obligated to do so-, to obtain a new registered address.

In the same six-month period of the previous year, 25,370 New Yorkers have changed their place of residence to Florida according to changes in driver’s licenses. That is, in one year, the increase was 32 percent.

Since 2019, 104.960 New Yorkers make Florida new homeAt least in terms of their driver’s licenses – Which means there are many, as most of them moved with their families.

This phenomenon doesn’t just happen with New Yorkers. Neighbors New Jersey They have also chosen the warmer lands in the south. According to the same source, 53,901 Jersey residents transferred their licenses to Florida from 2019 to today. Followed by the case Georgia, 48,143 drivers moved, very similar to Illinois With 46,042 new licenses in Florida, California, With 43,801 people moved.

The state of New York is symbolic not only because it has the largest number of confirmed moves through licenses, but also because of those who come from New York City. They usually don’t have a driver’s license – because public transportation operates in the city more than private cars – assuming there is much more to it than that confirmed by this source.

The Florida phenomenon is not new. Traditionally, many elderly people have moved in search of better weather and lower taxes. It is amazing that they are now Young s Professionally active. The epidemic, in particular Distance working, It allowed many people to choose where to live where they have to reside based on their work

The Florida State Bureau of Economic and Demographic Research published a report last March about the so-called explosion in the state’s population since the announcement of the COVID-19 epidemic, in which they explained that the expectation is that people will continue to choose Florida after the epidemic. Finished because there ”A clear change in lifestyle preferences, away from mega-urban centers. “

Florida Gov. Ron DeSantis is close to announcing his presidential aspirations for the United States