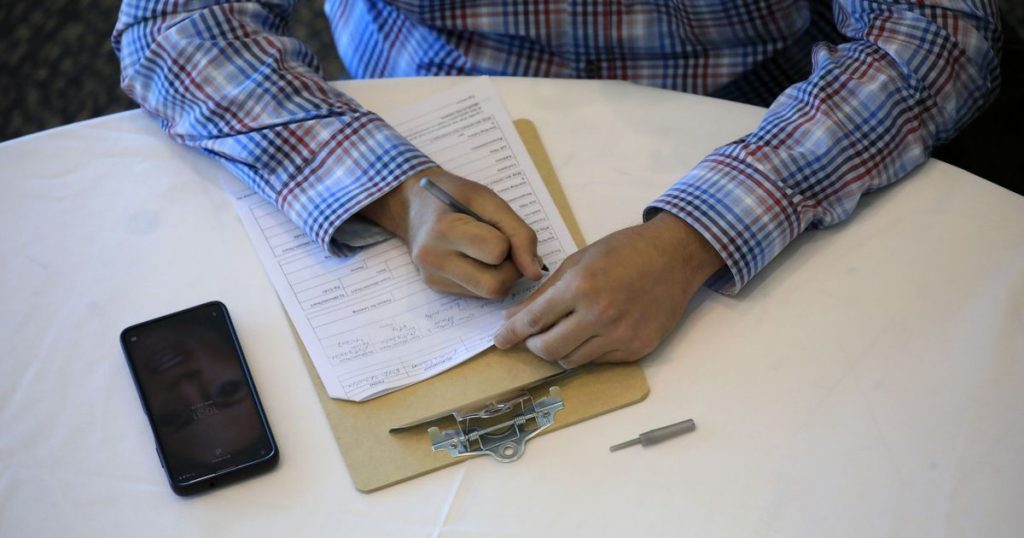 There is a business opportunity in North America coming up.

Americans are worried. Although it has grown, its economy is burdened by restaurants that cannot find someone to take care of the gardens, wait tables, or clean the restrooms.

This also happens in processed food factories or in security companies.

Many citizens nominated for these positions are still confined to their homes for fear of the epidemic, and receive money given to them by the government while they are in this situation. A large portion of them choose not to work, even if they have legal permission to do so.

The restaurant does not receive people, cannot be reopened, and does not sell. Nearly 10 million job vacancies remain unfilled which is why the powerful American Chamber of Commerce is so persistently advocating for immigration reform that would allow entry for temporary foreign workers.

But in the meantime, they work with what is and what is there but there are limited but available visas, which are mainly used by 10 companies to bring people legally into the country. What companies? The first is Trident Seafoods, a fish processing company based in Seattle, Washington, near Canada.

Currently, it offers dozens of jobs, from managing payroll to cooking on fishing boats.

Then there is Vivint Inc. , a Utah-based security company with annual sales of $1.350 billion and requiring field personnel and technicians.

The list comes from the Office of Foreign Employment Certification, under that country’s Department of Labor, which calculates H2B visas for temporary non-agricultural workers. https://bit.ly/3xI7V8W

In the first half of the year, the institution processed only 7,061 applications under this heading, which are insufficient in the eyes of business leaders.

The profiles required are very clear and the same statistics confirm that the most common registered occupations are those of the gardener, primarily; Amusement park employees. animal meat cutters; cleaning workers; forestry workers; Winemakers and drivers. builders; Chefs and restaurant staff. Companies in the neighboring country are hungry for workers.

I revealed it yesterday at this place where I left evidence that the next structural reform for US business owners and managers is immigration, following the infrastructure plan approved by the Senate this week.

It’s an issue that Mexico – apparently always urged to export people – has been pushing since the turn of the century, when then-President Vicente Fox championed the need for a “whole enchiladas” in immigration affairs, using rhetoric critical of it. racist content.

The effort will run for six years with a president celebrating the increasing access to remittances sent by his citizens, in record-breaking amounts each year.

On the other hand, the official is Alejandro Mallorcas, who, coincidentally, visited Mexico this week to speak with Foreign Minister Marcelo Ebrard.

Majorcas is the Homeland Security Secretary in Joe Bien’s cabinet, the same person who said at the beginning of 2021 that since coming to power, the president would promote immigration reform that “definitively” dissolves the country’s immigration system.

The initial proposal aims to legitimize those already working informally in the neighboring country to the north. However, the role taken by the US narrative that has urged the reconfiguration of roads, bridges, telecommunications and power generation sources, warns of extraordinary labor demand that could broaden the initial vision.

General Manager for Special Projects and Regional Copies of Finance