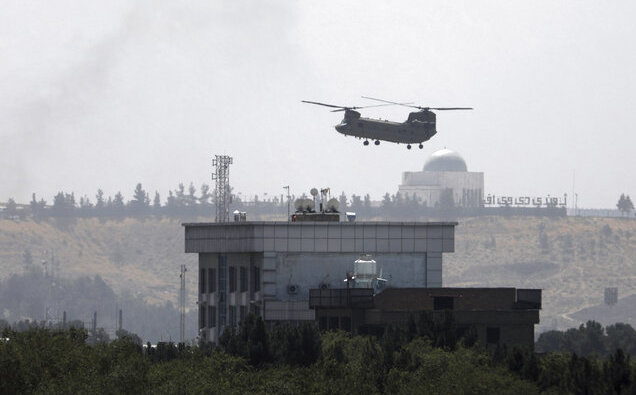 The Taliban announced their final entry into the Afghan capital, KabulTo avoid “looting” as a result of what they see as a vacuum left by the security forces, Despite the fact that they initially asserted that they would not do so until the transfer of power.

“To prevent looting in Kabul and that the opportunists do not harm the peopleThe Taliban said in a statement that the Islamic Emirate (as the Taliban calls itself) ordered its forces to enter the areas of Kabul from which the enemy came.

According to Taliban spokesperson, Zabihula Mujahid, after receiving confirmation that the security forces had abandoned parts of the city of Kabul and its checkpoints, Taliban forces entered the area to prevent “chaos and looting”.

The Taliban, who remained for hours on the outskirts of Kabul, advanced into a panicked city all day as helicopters passed overhead to evacuate US embassy staff. Smoke rose near the complex like Staff destroyed important documents. Several other Western missions are also withdrawing their personnel.

The president of Afghanistan left the country

The country’s president, Ashraf Ghani, left the country on Sunday shortly after the Taliban’s initial arrival in the capital in the culmination of a major offensive that prompted them to retake control of the country after the withdrawal of international forces.

who was his biggest political opponent and now the Afghan government’s chief negotiator with the Taliban, Abdullah Abdullah, has reported the departure of the President of the Republic, which he had previously addressed to the “former president”.

Abdullah, now head of the Supreme Council for National Reconciliation, conveyed a message of calm and hopes that “this difficult day and night” for the country will pass soon and people will see “days of peace,” according to a select video clip. On Tolo Afghan News Network.

Two officials also said President Ashraf Ghani had left the country Associated Press, who spoke on condition of anonymity because they were not authorized to report to reporters.

See also  “Natasha,” the dog that quickly went out to drive a motorcycle

With information from DPA, EFE and AP