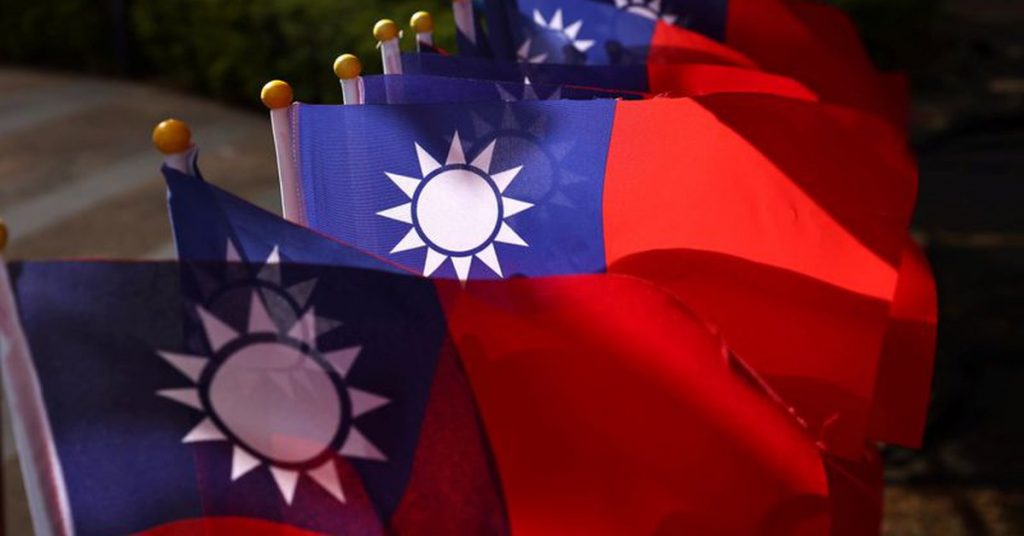 FILE PHOTO: Taiwan flags in a square before the National Day celebration in Taoyuan, Taiwan, on October 8, 2021. REUTERS/Ann Wang

TAIPEI (Reuters) – Taiwan opened a de facto embassy in Lithuania on Thursday, in a diplomatic breakthrough for the island claimed by China, ignoring Beijing’s strong opposition to the move.

China in August demanded the Baltic state withdraw its ambassador to Beijing and said it would withdraw China’s envoy in Vilnius after Taiwan announced that its office in the city would be called Taiwan’s Representative Office in Lithuania.

Other Taiwanese offices in Europe and the United States use the city’s name Taipei, avoiding references to the island itself, which China claims as its territory.

Beijing has also been upset by Lithuania’s decision to open its own representative office in Taiwan, although no specific date has yet been set.

Taiwan’s foreign ministry said the opening of the office “will represent a new and promising path” for relations between it and Lithuania.

According to the ministry, there is huge potential for cooperation in sectors such as semiconductors, lasers and financial technology.

Taiwan will value and enhance this new friendship on the basis of our common values. “

The row with Lithuania over Taiwan also attracted the United States, which offered its support to Vilna to resist Chinese pressure.

Several other countries maintain physical embassies in Taipei, including several member states of the European Union, the United Kingdom, Australia, and the United States.