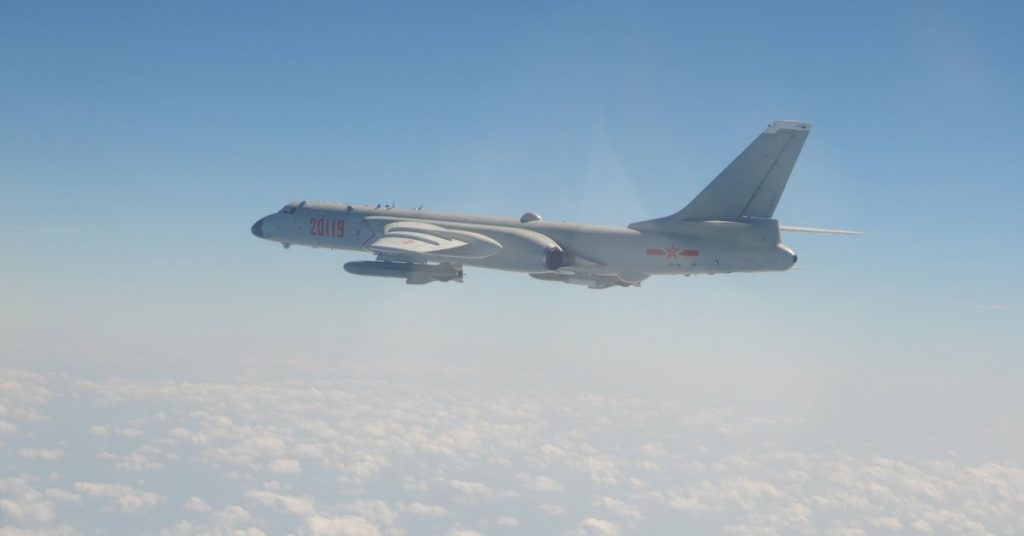 According to the Taiwan defense file, There were two sorties on Thursday in the southwest of the island involving J-16 and J-11 fighters and KJ-500 radar aircraft. Y-8 reconnaissance aircraft and H-6K bombers.

The island’s air force issued radio alerts and mobilized units until the Chinese planes left the Taiwanese ADIZ area, It is not defined or regulated by any international treaty.

The number of Chinese military aircraft that entered Taiwan’s ADIZ region has risen in recent months, according to Taiwan, The latest foray will come after the island on Wednesday applied to join the CPTPP, one of the world’s largest trade deals, which China also applied to join this month.

The Beijing regime’s action is seen as an intimidation by Al Jazeera (Photo: EFE)

Taiwan Trade Representative Jun Deng said on Thursday that Taiwan seeks to join CPTPP before China Otherwise, the island will have difficulties in joining.

In addition to, The Taiwanese President, Tsai Ing-wen, yesterday asked on social networks to support Japan to join the CPTPP, Which came into effect in December 2018 and includes 11 countries, including Mexico, Peru, Chile, Australia and New Zealand.

for this part, China, which claims the sovereignty of Taiwan and considers it a rebellious province, and its reunification has not ruled out the use of force, On Thursday he “categorically” opposed the island being able to join the CPTPP or “any treaty or international body”.

The Chinese press quoted experts who said today that Signatories to the agreement should not “provide any kind of program” that “promotes Taiwanese independence acts”, And that the island’s accession to international agreements under the name of China – Taipei, as happened in 2001 when it joined the World Trade Organization, must be approved by Beijing.

Expert Tang Yonghong from Xiamen University told the newspaper Global Times who – which The Taiwanese demand is “false” and that the ruling Taiwan Democratic Progressive Party seeks to “cling to the United States and Japan in order to unite against China.”

Japan can use Taiwan as a bargaining chip with China for revenue. Other agreement countries, such as Canada, will follow the United States. He predicted that Singapore, Vietnam or Brunei, which have close ties with China, would not challenge Beijing.

for this part, Taiwan experts assured the local press today that Taiwan’s demand is arriving “on time” and that the island must also overcome other obstacles to its accession. Such as the island’s veto on importing Japanese products from areas affected by the 2011 nuclear disaster.

Taiwan is increasingly different from China: it sets out on an amazing path with the symbols of its past
The Chinese regime once again violated Taiwan’s airspace with 19 military aircraft
Taiwan applied to join the Trans-Pacific Economic Cooperation Agreement: China’s angry reaction
See also  It's the science of biotechnology for the environment