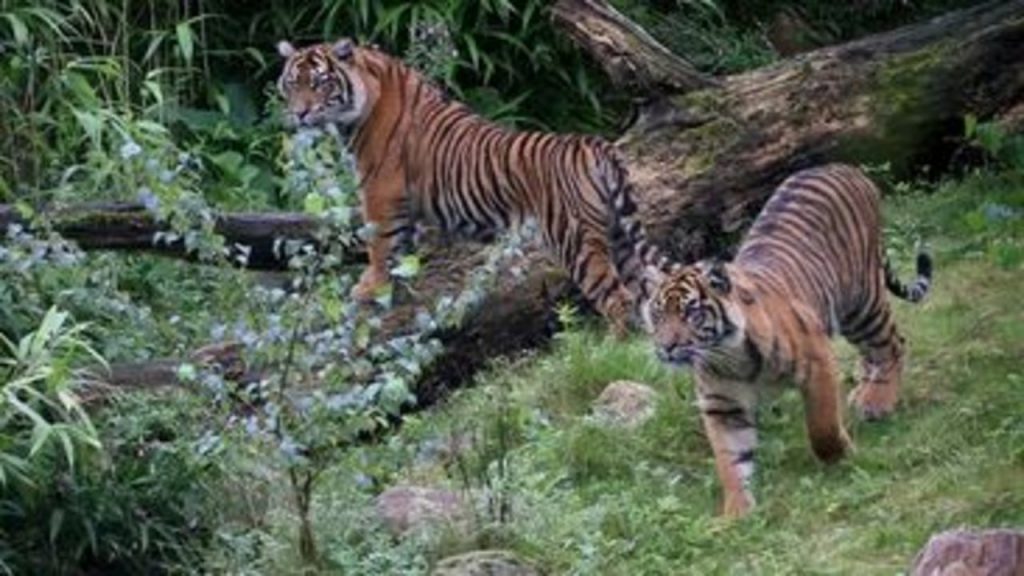 Indonesian authorities are investigating how Sumatran tigers, a critically endangered species, found themselves at a zoo in Jakarta recovering after overcoming COVID-19.

We recommend the following: Facebook will promote vaccination against COVID-19 in Mexico

The couple, a 12-year-old female and a 9-year-old man, showed respiratory problems and loss of appetite when in mid-July they underwent a test to detect Covid-19, the result of which confirmed the infection. Endah Rumiyati, managing director of Ragunan Zoo, told Efe on Monday.

The person in charge of the enclosure indicated that doctors who analyzed samples of the pathogen found it “inactive”, and were still “investigating whether or not it can be transmitted to humans” from an animal. .

And the authorities indicated, Sunday, that the cats are already recovering from the virus after spending more than ten days under treatment, although they are still under observation.

They have also opened an investigation to try to determine how the animals, which began showing symptoms of the virus during the closure of the zoo due to the outbreak of the Covid-19 disease in Indonesia, were infected.

According to the authorities, none of the caretakers or fencing workers were ill during the time the cats were infected.

Indonesia is suffering the worst wave of COVID-19, which is linked to the delta type of virus, and on Sunday recorded more than 30,000 new patients and 1,604 deaths.

Since the beginning of the epidemic, the country, the worst affected in Southeast Asia by the virus, has recorded 3.44 million infected, including 95,723 deaths.

See also  The US judge has extended the deadline for the prosecution to respond to the appeal of Alex Saab, the front man for Nicolas Maduro