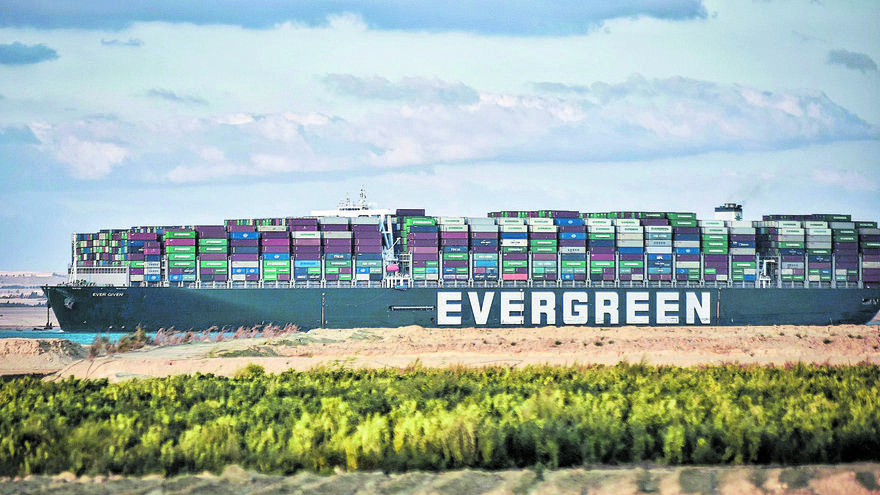 The heart of international trade was in a fist until the Evergave Bridge was opened to the Suez Canal, a marine infrastructure vital to shipping traffic as it saves the cruise around Africa. The pharaohs of ancient Egypt had already attempted to create navigable canals through that region, but Lispus did not succeed until the 1860s, in cooperation with local authorities: a 192-kilometer corridor joining the Red Sea and the Mediterranean, in its narrowest range. Point, its width barely reaches 300 meters. Little space for existing boats, as we discovered these days.

The fluctuations of the channel help to understand the shift in international politics since its inception. It was born in the context of colonial life and for this reason, despite its design in Paris, it ended up under the control of London when in 1875 the British bought their shares in the Canal Company from the ruler of Egypt.

The situation remained stable until after World War II, when great empires were already history and former colonies liberated, insofar as the major cities did not want to admit it. What happened in 1956 was a reality check for the British. Egypt wanted to build the Aswan Dam, and when London and Washington did not want to finance the work, President Nasser nationalized the administration of the canal to use its income to pay the costs of Aswan. The main shareholders, namely France and the United Kingdom, raised a cry in the sky and devised a strategy in collusion with Israel to regain control of the infrastructure.

The first step was by the Jewish state to invade the Sinai Peninsula. This clearly led to Egypt’s response. Then the Europeans warned the competitors of the need to cease hostilities and send troops to protect the canal for international trade. The problem was that the plan was not communicated to the United States and President Eisenhower pushed it back. Thus left Egypt with the administration of the canal and the Europeans returned to their homes with their tail between their legs. Moreover, from that moment on, London began to get closer to Washington while Paris distanced itself.

This was just a prelude to what would happen in eleven years. In June 1967, after escalating tensions, Egypt massed its forces near the Israeli border while it was in an alliance with Syria and Jordan. Tel Aviv did not stand still, and on June 5 it bombed and wiped out the Egyptian and Syrian air forces. At the same time, fifteen ships of different nationalities were sailing through the canal. One of them, carrying the flag of the United States, was destroyed by Israel. The rest were trapped because Nasser ordered the siege of Suez and the sinking of ships at both ends of the infrastructure and filling them with explosives to prevent the enemies from occupying it.

The conflict ended on June 10 and entered history as the Six Day War. What is not well known is that the Suez Canal was not opened to traffic until 1975. Neither faction wanted to move. The first affected are the sailors of the crews of the besieged ships. Diplomatic negotiations to get them out of there continued for months. Additionally, since the ships needed maintenance, shipping companies had to constantly send troops.

The situation was not resolved until the 1973 Yom Kippur War, when the Egyptians and Syrians attacked Israel. The reopening of the Suez Canal was one of the topics of the subsequent negotiations, however, it was not activated until 1975. In addition, a small problem arose. As the lockdown forced the entire continent to save money, companies began to use larger ships. Too large for the dimensions of the canal, forcing Egypt to adapt its infrastructure to the new era. It is possible that the experience of these days will make them have to keep expanding the traffic space. A hyper-connected global world cannot be paralyzed by just one ship.