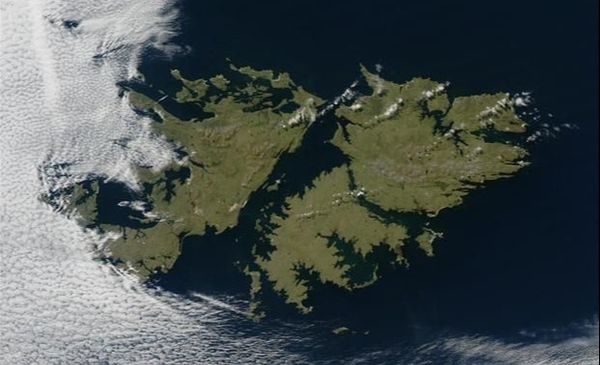 The government rejected the initiative of the British Embassy in Buenos Aires to organize a competition, the prize of which would be a trip to the Malvinas Islands.

“The Argentine government categorically rejects the competition organized by the British Embassy in our country, which aims to select university students to pay for a trip to the Malvinas Islands,” the Foreign Ministry said.

According to the Ministry of Foreign Affairs, the competition is taking place “under an incorrect slogan that seeks to classify these islands as a separate territory of the Argentine Republic and under the name of an illegal location, contrary to the national position regarding the question of the Malvinas Islands. This is reflected in the national constitution.”

Last Wednesday, the British government of the Falkland Islands and the UK embassies in Argentina, Chile, Brazil and Uruguay launched an invitation to university students from these countries to participate in a competition whose prize would be a one-week trip to the “Falkland Islands”. ‘, which is the name given by the British to the archipelago of the South Atlantic Ocean, over which Argentina historically claims.

To compete, students must submit a video in English explaining why they would like to meet the islands’ neighbors.

According to the invitation posted on the British government website, the winners will stay with a local family to “experience life firsthand” on the islands.

The competition, according to the organizers, aims to “promote cultural exchange” between the islands and the region and “disseminate knowledge” of the archipelago “and its people”.

The Argentine government said it “once again affirms its sovereignty” over the islands and called on the UK to “comply with the mandate of the United Nations to resume negotiations in order to find a peaceful and lasting solution to the sovereignty dispute”.

In September 2018, the British Embassy called for a similar competition, under the same slogan, a fact rejected by the country’s higher education institutions.

The director of the Malvinas and South Atlantic Islands Museum, Edgardo Esteban, joined the denial, saying the act was “unacceptable” and “part of the colonial policy of the United Kingdom”.