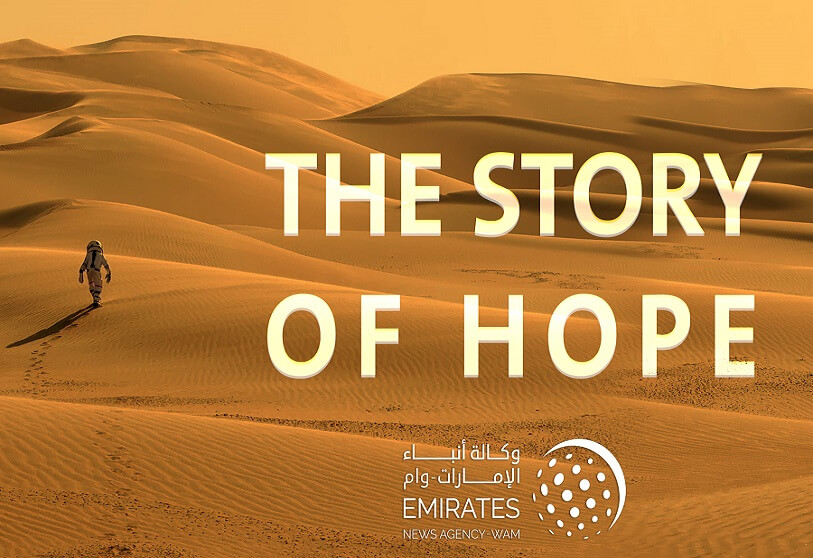 The United Arab Emirates News Agency, known as WAM, has just published a new documentary film produced by it under the name story of hope. This is the second film produced by the agency, which attempts to celebrate the UAE’s achievements in the field of space and its leadership in pioneering projects and Commemoration of the Hope Probe launched by the country to orbit Mars.

The documentary is a 12-minute film. The topic attempts to explain the first achievements of Arab culture in various fields such as science, technology, mathematics and others over the centuries, as the present of the Emirates was the end of its journey. From here we try to reconfirm The mark left by the Gulf state in the history of aviation with recording Hazza Al MansouriThe first Emirati astronaut to reach the International Space Station and on the first Arab mission to explore Mars.

On the other hand, the video was attended by a number of specialists in the space sector, as well as prominent Arab and international figures in this field. In their interviews and testimonies they narrate the scientific achievements of the Arab world, paying special attention to the Emirates. What is more, The youth leadership who have been promoters of the above-mentioned projects and who have been highly recognized for their great efficacy stands out.

Mohammed Jal Al RaisiGeneral Manager and the release of the film. “When writing this documentary, we took into account all age groups and tried to present the story in an interesting way. Space is an innovative and rich science that appeals to all ages, and Many young Emiratis want to continue their studiesRaisi said.

According to the director, “The Story of Hope” worked on the documentation “The Journey of Dedication and Hardwork” The Emirates in the field of space, where it was able to achieve extraordinary achievements and made the state one of the greatest forces in this scientific sector.

In order to produce the project, WAM cooperated with several media outlets, Arab and globals, who contributed to the case. For its part, the agency plans to broadcast content in the Middle East, Africa, South America, Europe and China. He added, “The global achievements made by the UAE in the field of space will be highlighted, especially since many countries have similar experiences in the field of space exploration.”Raisi adds.

The documentary will be available in nine languages ​​such as Arabic, English, French, German, Spanish, Russian, Chinese, Portuguese, Hindi. It will also contain copies of the text for people who are hard of hearing or who do not hear so that they can reach the largest number of viewers around the world and convey the history of the UAE in space and its efforts to reach what it is in these moments.

The other documentary film carried out by the news agency was called “1971”, which was released last December. With this first work, WAM is trying to commemorate The 50th National Day of the United Arab Emirates. For 13 minutes, the development of the country and how it has evolved over the years is shown Sheikh Zayed bin Sultan Al Nahyan united the United States.

“We are ready to do our part as the UAE’s national news agency to highlight this trip, and The future vision of the countryThis pushes our efforts to expand our cooperation with the international media, thus enhancing the position of the UAE in all fields.”

Today, according to one study, it is estimated that the video was there 21.5 million views on international TV channelsWhile on social networks it has more than 36.4 million views. It can be enjoyed in English, French, Chinese, Russian, Portuguese, Spanish, Turkish and Ukrainian.