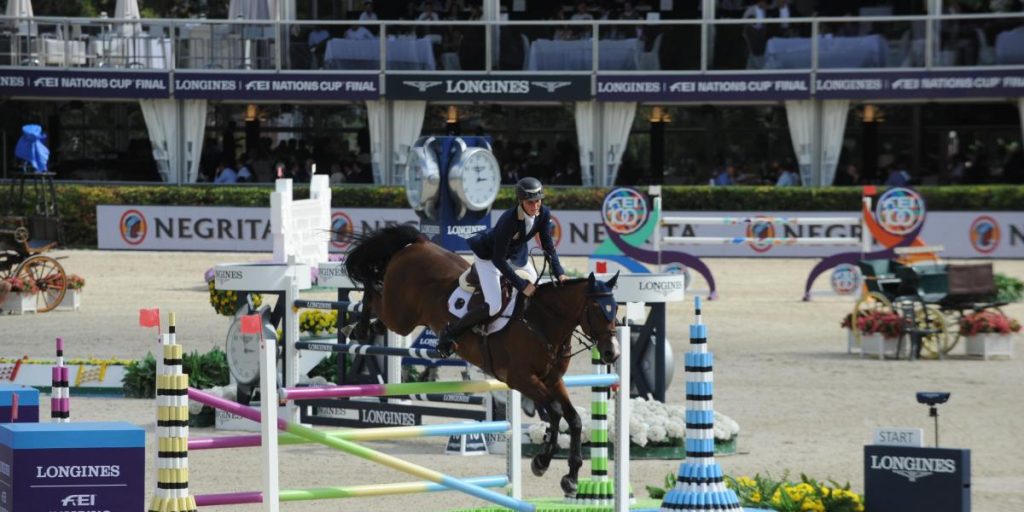 Spain’s showjumping team qualified for the first time in the competition’s history for the Grand Final Nations Cup, which takes place this weekend at Real Club de Polo de BarcelonaThanks to strong performances from all the National Riders.

With a final score of 3 points, added after overruns in time to complete the circuit, Spain finished second and placed among the top eight teams in discipline, in a tournament organized by International Equestrian Federation (FEI).

Along with the Spanish national team, next Sunday he will fight for the final victory in Germany – ranked first with two penalty points – the Netherlands, Brazil, Sweden, the United States, Ireland and Belgium.

The night in Barcelona began with doubts for the Spaniards, since the team’s first opponent Manuel Fernandez Saroo With Garleen de Torres they hit the pool water, plus an extra point for time, for a total penalty of 5 points.

“I wasn’t expecting removal in the water, I never did, the rest jumped really well, I felt very comfortable and I think he did too. It was the first time the horse jumped at night, I don’t know if that caused me not to count Reacted well,” the athlete explained to the EFE in the mixed zone.

round design Santiago Valera, who was also the manager of the tracks where she competed in the Tokyo 2020 Olympics, has made things very difficult for duos and discipline superpowers such as the UK, Belgium or Switzerland that have suffered many demolitions.

In the second round Ismael Garcia Rock With the mare “La Costa”, he made a wonderful trip without fail, but exceeded the allowed eighty seconds and after him, Eduardo Alvarez Aznar Repeat the same score, one penalty point at a time.

Aznar explained after his performance that he was happy with his work, especially as he was participating with ‘Legend’, a young horse who in a short time had to face an Olympics, a European Championship and a Nations Cup.

The unfortunate night that incoming Uzbekistan and groups like the Canadian or the French left Spain in the hands of their last contestant, Sergio Alvarez Moya.

“He’s capable of everything, he’s used to coming out fourth, coming out under pressure and most of the time he tends to do well with that pressure,” predicted teammate Alvarez Aznar moments before Moya, in competition with the Alamo. , scored a new result and testified to the historic result of the Spanish equestrian.

Great Britain, Italy, France, Canada, Uzbekistan, Switzerland and Norway – who were eliminated from the final several times, after drawing with Belgium on points – will play the Challenge Cup, tomorrow, Saturday, in the competitions within the framework of the 109th session. CSIO Barcelona 2021.