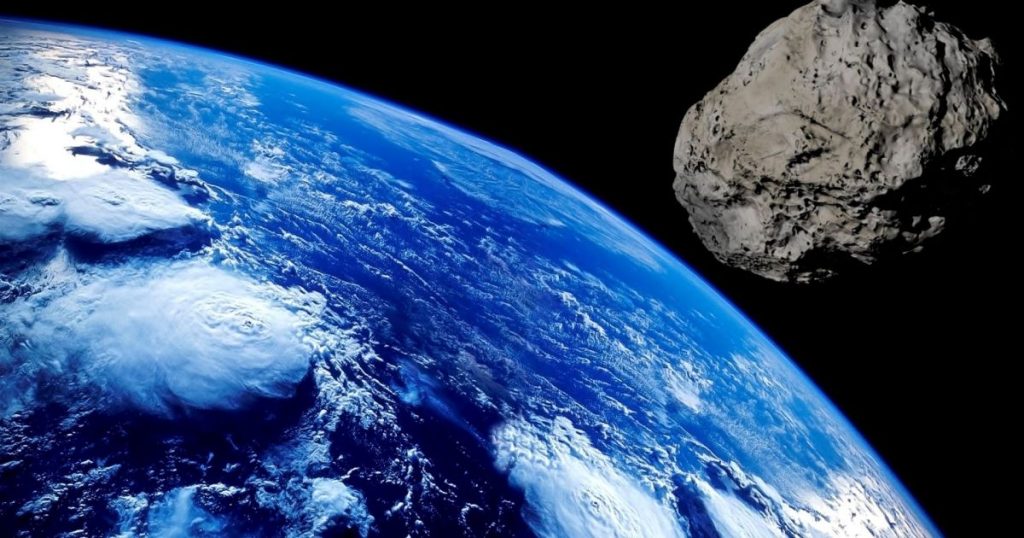 Just as it is necessary to study the tectonic layers of the Earth to learn about them and obtain information, in order to prepare for earthquakes, studying asteroids allows us to learn about the origin of the solar system and obtain data about situations such as its passage near the planet or a possible impact, UNAM experts agree.

University researchers from various fields mainly work on their study, dissemination of what they represent, and design of public policies for the benefit of society.

Maria Dolores Maravilla Mezza, a researcher at the UNAM Institute of Geophysics, comments that in the world her peers and amateur observers have discovered nearly 17,000 asteroids, which are known as Near-Earth Objects (NEOs).

“This does not mean that they are all, they are only those who have been discovered and whose path has been followed; where they are observed and searched, it is the orbital parameters that indicate how far they are from our planet and the orbit they follow around the sun,” says the expert on the formation of the solar system.

Countries have been developing monitoring systems for a long time, especially space agencies in the United States, Europe, China, India and others, which have established working protocols for these types of events.

“There is a whole network, not just to find out where the bodies go, but what to do in the moment of emergency due to the impact of an extraterrestrial body, to take steps to move the population and know what to do and what to expect,” he says. wonder why

He emphasizes that Mexico has the National Strategy and Action Plan for Preparedness for Near-Earth Objects, which was prepared by the National Center for Disaster Prevention in collaboration with researchers from UNAM and other institutions of higher education.

Near-Earth objects are classified into two groups: near-Earth comets and near-Earth asteroids, of the latter there is a group that science especially follows because it is potentially hazardous (PHA) and tracks those that can collide.

Near-Earth asteroids are classified into families called: Amur, Apollo, Aten, and Akira, among others. Using what’s known as the Turin Scale, experts measure their chances of impacting the planet and are assigned a value from 0 to 10, with zero indicating zero probability and 10 total misfortune.

“Out of all those that have been discovered, only two have a scale greater than zero, one of which is the famous Bennu that was recently studied by the Ossiris Rex mission, among other things because it is made up of a substance of the origin of the solar system, and therefore it is It contains pure material, which is an important reservoir of virgin material.

It is estimated that from the year 2175 to 2199 Bennu could be an object considered dangerous on Earth, especially since a number on the Turin scale has not yet been assigned.

On the occasion of World Asteroid Day, Joel Humberto Castro Chacon, Professor at Conset, attached to the Institute of Astronomy (IA) of the United Nations University in Namibia, stated that in 2016 the United Nations set the date that marks the anniversary of the Tunguska Impact, Siberia, which occurred in June 30, 1908. The purpose of the celebration is to educate the population about the dangers of colliding with these objects.

It was a phenomenon that caused the sky to burn and over 80 million trees to fall. Recently, it was suggested that the fireball did not fall, but entered and exited the Earth’s atmosphere.

There is a risk of a collision, but it is not immediate. On an astronomical scale, it’s hundreds or thousands of years, but as far as human life or civilizations are concerned, there is very little prospect of having an impact with global influences,” highlights a member of the Automated Census of Concealment by Trans-Neptunian Objects (TAOS II, for short) project English).

The astronomer points out that although TAOS II will look for objects outside Neptune, it will also monitor those coming from the asteroid belt between Mars and Jupiter, especially now that it has software For information processing at the National Astronomical Observatory in San Pedro Martír, in Baja California.

“The way one detects moving objects near the Earth is: Observe the sky, see if something is moving differently from the stars, and then check that it isn’t indexed,” says the researcher.

Ten Degree Transit Optical Telescope (DDOTI, Deca-degree optical transient imaging), located in the National Astronomical Observatory of San Pedro Martír, is an instrument installed in Mexico that allows searching for it, but in the world there are other instruments through which it is possible to determine the orbit that they follow to determine when they approach the Earth.

The discovery of an object of this type was reported at the Minor Planet Center and on the NASA website. However, the study of its size, orbit, speed of movement, and the family to which it belongs, among other properties, allows us to calculate the possible damage it may cause.

Juan Carlos Cruz-Ocampo, links coordinator at the Institute of Geology, adds that our planet has evidence of the fall of these celestial bodies, most recently the Chelyabinsk fireball, whose shock wave caused serious material damage due to broken glass and injured nearly 1,500 people.

Another notable case, the expert adds, is that of Chicxulub that fell into the Gulf of Mexico, which defined a period of geological eras that caused the extinction of many species and the evolution of others.

Asteroids are bodies that may have “seeds” of solar system origin, called chondros. Others are stone materials that contain some minerals; The most dangerous are all-metal ones.

To find out what they looked like, it is possible to see fragments protected by the Geology Museum in its collection of meteorites, “Many of them were found, but were not seen when they fell. This means that when they hit the Earth it was a long time ago.”

In conclusion, the three experts commented that it is estimated that up to 40 tons of objects fall to Earth every day, from cosmic dust to small rocks.