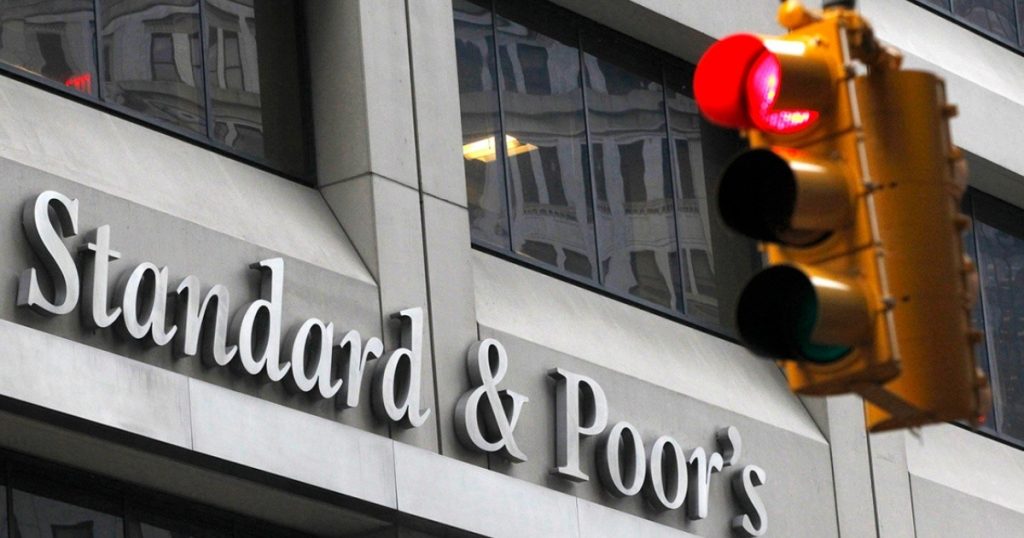 Negative forecasts for the global scale rating indicate that there is at least one in three chance that the state’s ratings will be lowered in the next 12 to 24 months if Mexico’s sovereign rating is lowered.

“The heavy reliance on federal transfers from local and regional governments and their limited financial flexibility, does not allow us to rate them above the sovereign. On the other hand, the stable outlook for the National Scale rating reflects the consolidated and prudent fiscal, debt and liquidity policies of the state (particularly during the period 2020-2021 although pandemicWe hope this continues in the next three years,” the company explains.

In the negative scenario, it suggests that state ratings could also fall if the institutional framework of Mexican states weakens, with more uncertain federal transfers limiting the entity’s financial flexibility.

“We could lower our ratings nationally if we see a significant deterioration in caution financial policies management, which could harm the performance of public finances, liquidity and debt levels.”

In the positive scenario, it is clear that the global rating outlook could be revised to stable in the next 12 to 24 months if similar action is taken on the country; In addition, it can raise the national scale rating if the country shows stronger economic and financial resilience than the sovereign.

Our ratings at the global level of “BBB” and the national scale “mxAA+” reflect our opinion on the prudent financial management of the country. Despite the strong economic shock, the strong financial performance of the country has allowed the country to accumulate very high cash reserves and to pay all its debts in advance. However, the changing and unbalanced institutional framework under which Mexican states operate and the risks derived from sovereign credit quality continue to affect our ratings.”

They expect a faster recovery than the national one

S&P expects Querétaro’s economy to recover faster than the national average, despite the impact of the Covid-19 pandemic, as well as the risks of new shutdowns.

The rating agency highlights that official recruitment in Queretaro has regained its pre-pandemic level, a distinct measure compared to the rest of the states; It states that as a result of a sustainable strategic approach through which the state has established a successful growth model to encourage private investment and attract inflows of foreign investment Direct and diversify into high-growth sectors such as telecommunications, information technology and related services.

It also highlights new investment opportunities as a good sign of the country’s economic outlook. In addition to attracting investment in the ICT sector.

For example, it is expanding its network of data centers, taking advantage of its modern infrastructure and human capital. Opportunities derived from the Agreement between Mexico, the United States and Canada (T-MEC) could also allow for new investments in Queretaro and the Baguio region in the medium term. For this reason, we expect the country’s economy to perform better than the national average, despite the low public confidence in Mexico’s private sector.”

See also  The WhatsApp. 12 hidden features that you can activate in seconds

In the face of change in state administration, a flexible political transition is expected, after elections, for both state and municipal governments; The continuation of prudent fiscal policies, which is reflected in the prepayment of debt, maintaining high liquidity and reducing debt with suppliers, is expected.

According to the company, Querétaro’s prudent fiscal policies have provided sufficient protection to contain the financial pressures resulting from the pandemic, and thus it posted better-than-expected operating surpluses last year and in the first half of this year. Budget performance is expected to gradually improve as the economy recovers.

“We expect Querétaro to generate a strong operating surplus in the next three years at around 11% of operating income, which is explained in part by a strong set of revenue compared to other Mexican states. However, we consider that Querétaro faces budget constraints Given that more than 80% of their income is federal transfers, although they are somewhat less dependent on them than lower-grade Mexican states.”

However, he explains, Querétaro has implemented measures to increase its tax revenue and has identified excessive spending to keep financial performance in check.