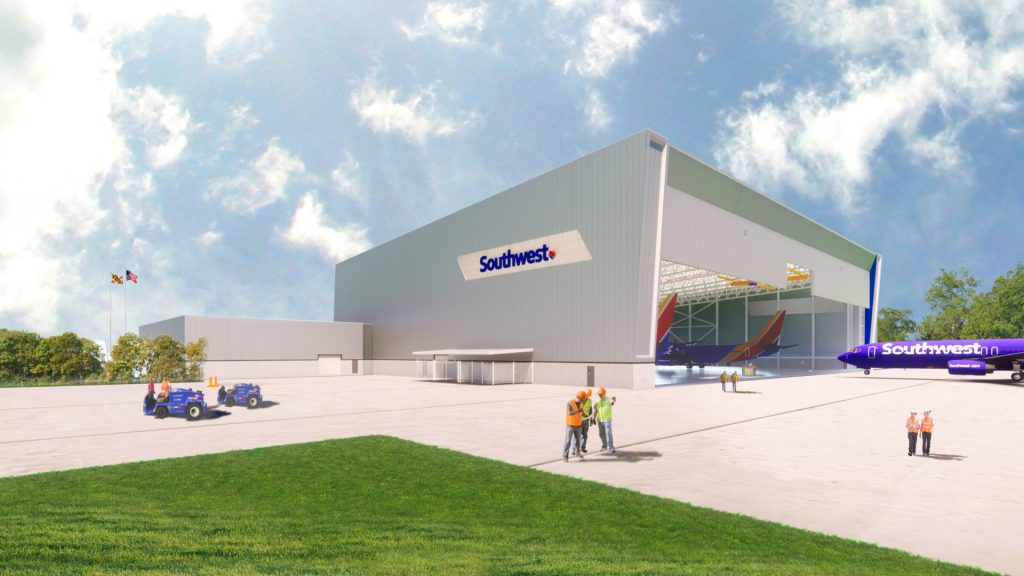 The Maryland Board of Public Works has given Southwest Airlines the green light to build a maintenance hangar at Thurgood Marshall International Airport (BWI) in Washington.

At the session, chaired by Lieutenant Governor Boyd K. Rutherford, Southwest was granted the right to lease the facilities for a period of thirty years. In a press release, Rutherford declared that “this project will benefit the state of Maryland for many years to come,” adding that “this facility enhances our long-standing and strategic relationship with the company.”

The area is approximately 110,000 square meters and will include an aircraft hangar that can accommodate up to three Boeing 737 aircraft and a platform that can accommodate eight aircraft. It will also contain office space and workshops. The projected cost of the utilities is estimated at about $135 million. Of this, $90 million will be contributed by the airline and will complete the capital city.

“Southwest Airlines has been serving BWI 28 years ago, and we are honored to continue to demonstrate our commitment to both the airport and the state of Maryland,” said Landon Nitschke, Southwest Senior Vice President of Technical Operations. “We thank the state of Maryland for its continued support of our growth,” he added.

The new maintenance facility will be the first in the southwest in the northeastern United States. The airline currently has about 70% of passenger traffic at BWI Airport, with more than 4,000 employees at these facilities.