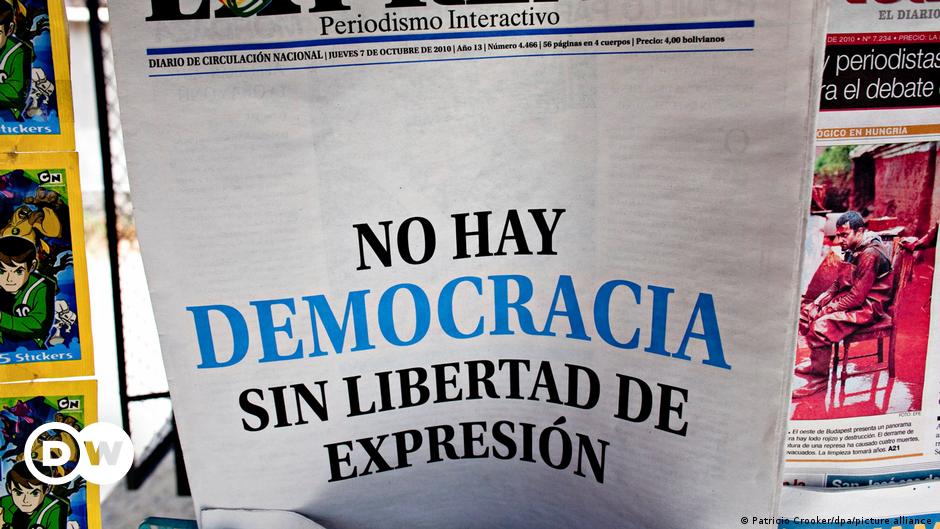 The United States appears for the first time on the list of “declining democracies”, mainly due to the deterioration during the second half of Donald Trump’s presidency, according to a report on democracy in the world published on Monday (11/22/). 2021).

More than a quarter of the world’s population now lives in a deteriorating democracy and nearly 70% if authoritarian or “hybrid” regimes are added, with a trend toward democratic decline that has not stopped since 2016, says the organization’s annual report. IDEA International Based in Stockholm. Covering half a century of democratic indicators and tracking the majority of the world’s countries (about 160), IDEA International He classifies them into three categories: democracy (including “backward democracy”), “hybrid” regimes, and authoritarian regimes.

His list of “declining democracies” was updated every year, and it already included Brazil, the Philippines, India and two European Union countries: Poland and Hungary. A third European country, Slovenia, was added this year. Zambia, now classified as a democracy, is the only country to change its rankings positively this year.

For the fifth year in a row, the number of countries moving toward authoritarianism has exceeded the number of countries in the process of democratization. An unprecedented situation since the beginning of the organization’s data in the seventies temporary degree IDEA International It has 98 democracies, the lowest number in several years, 20 “hybrid” regimes – including Morocco, Russia and Turkey – and 47 autocracies, including Saudi Arabia, China, Ethiopia and Iran.

Although the United States continues to be a “high-ranking democracy,” he told the agency, its decline is linked to declining indicators of the country in terms of “civil liberties and government controls.” France Press agency Alexander Hudson, one of the study’s co-authors. “We ranked the United States as ‘in decline’ for the first time this year, but our data suggests that the cycle of decline began at least in 2019,” Hudson said.

“The visible deterioration of democracy in the United States is demonstrated by the growing tendency to question reliable election results, efforts to suppress participation, and rampant polarization (…) which is one of the most troubling developments for democracy in the past. Volume,” he told France Press agency Secretary General of IDEA InternationalKevin Casas Zamora.

The impact of COVID-19

Casas Zamora asserted that adding “degraded democracies” and “hybrid” and “authoritarian” regimes, we reach 70% of the world’s population.

IDEA International It confirmed its conclusions from last year, according to which more than six out of ten countries have implemented problematic measures of human rights or respect for democratic rules in the face of COVID-19, because they were “illegal, disproportionate, without time limits or unnecessary.” “.

More than nine out of ten authoritarian regimes are involved in these actions, although more than 40% are democracies. According to Casas Zamora, “It is clear that the pandemic has accelerated some negative trends, especially in countries where democracy and the rule of law have suffered before.”