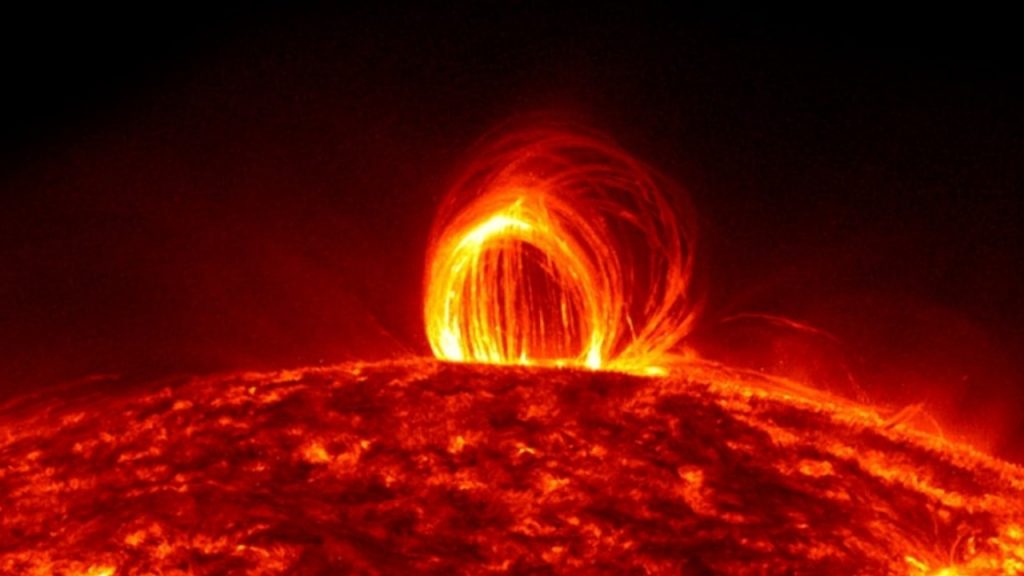 Multiple entries on platforms like Facebook, Twitter and Instagram, as well as information from the media, stating that NASA He warned that the “solar flare” recorded on July 3 was “moving fast towards Earth” and that this week it would affect global communication systemscreate something A general blackout that will affect the entire planet.

According to these messages, the effect “It can cause significant disruption to communications networks,” specifically mobile phones, satellites, or systems such as GPS or 5G.

But this is wrong.

“NASA believes that a solar storm will seriously affect Earth with a massive blackout”For example, a post on Facebook, where the search also allows to find dozens of entries that share newspaper articles.

NASA warns that “a solar storm is rapidly approaching Earth, a phenomenon that can cause a massive blackout on the planet. (…) A solar storm is moving toward Earth at a speed of 1.6 million kilometers per hour, a speed that can increase with time “, Add another message.

data: In fact, the US Aeronautics and Space Administration (NASA issued no such warning this week. On July 3, a solar storm affected the planet And it caused a temporary outage of radio waves, but only over the Atlantic Ocean.

A NASA spokeswoman explained that it is impossible for the solar flare recorded at the beginning of the month to affect Earth this week.Citing the interpretations of scientists of the Directorate of Solar Physics that agency.

“To summarize, a solar flare with a rating of X1.5 occurred on July 3, but the effects of the flare have already passed (light takes 8 minutes to reach Earth from the sun, which would cause any effect on the planet)”The message says.

NASA continues that the July 3 glow “caused a temporary radio outage over the Atlantic Ocean on the 3rd, causing some disturbance to those using those radio signals.”

“But this happened a long time ago and a solar storm will not come,” he said.

Includes agency graph contact for National Office of Oceanic and Atmospheric Administration (NOAA) And a response from Alex Young, a solar physicist and associate director of science in the Division of Solar Physical Sciences, shows the area where radio signals were affected the most that day.

The image shows a red area over the entire Atlantic Ocean, which according to the scientist at the time was “the part most directed toward the sun and the part most lit by the glow”.

He finally clarified that the frequencies that were temporarily affected in that event are most commonly used by radio amateurs, commercial airlines, emergency management and defense.

The confusion about this astronomical phenomenon comes from a misinterpretation of the information provided by NASA and published by the popular newspapers and some media outlets.

Through its Twitter account dedicated to the study of the Sun, the US space agency wrote on July 6: “This weekend, the sun emitted a large solar flare. This was a grade X glow, indicative of the most intense flash.”

Later confirmed that, “Here on Earth, we are shielded from radiation from flares by our atmosphere, although they can affect communication signals.”, which can be misunderstood as a global risk of the impact of this phenomenon.