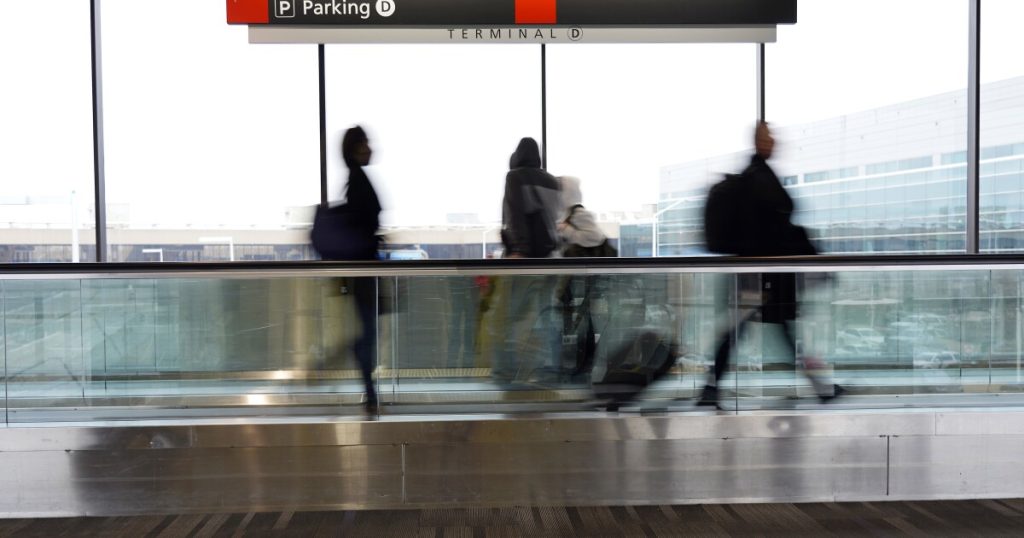 Winter weather combined with the COVID-19 pandemic frustrates travelers whose flights home have been canceled or delayed after the year-end holidays in the early days of 2022.

More than 2,500 flights within the United States and more than 4,100 flights globally were suspended on Sunday, according to tracking service FlightAware.

It came on the heels of the blanket cancellation of more than 2,700 flights in the United States on Saturday and more than 4,700 in other countries.

“It was a complete mess,” said Natasha Enos, who spent a sleepless Saturday night and Sunday morning at Denver International Airport during a short layover on a cross-country flight from Washington to San Francisco.

The number of canceled flights on Saturday was the highest in the United States since shortly before Christmas, when airlines began saying the staff shortage was due to an increase in coronavirus cases among crews.

A winter storm that hit the North Central on Saturday has made Chicago the worst place in the country for weekend travellers. About a quarter of all flights at O’Hare Airport were canceled on Sunday.

Denver airport also experienced major disruption. Enos, who was traveling with Frontier Airlines, did not know that his connecting flight to his home in California had been canceled until he landed in Denver.

Then he found himself in a hurry to find an alternative flight and was able to collect his luggage from a crowd of stranded and disoriented travelers, amid fears of the spread of the highly contagious omicron form of COVID-19.

In Michigan, the authority that operates Detroit International Airport said crews are working around the clock to clear the ice and maintain facilities.

The Atlanta Airport Authority has advised travelers to arrive at the airport earlier than usual due to higher passenger numbers, potential problems with bad weather and staff shortages from the pandemic, all of which could extend the time it takes. Security inspection.

And thousands of miles away from the nearest snowfall, Hawaiian Airlines announced the cancellation of several flights between the islands and across the Pacific Ocean due to staff shortages.

Southwest Airlines said it was working to help affected customers by canceling about 400 flights in the country on Sunday, about 11% of its total scheduled flights. The Dallas-based carrier expects more operational difficulties as the storm system moves toward the nation’s east coast.

Delta Air Lines said Sunday it has decided to allow travelers to change the day of their scheduled flights this week from Baltimore and Washington at no additional charge in light of the winter weather forecast.

For its part, American Airlines said most of its flights on Sunday were canceled early to avoid last-minute disruptions at airports.