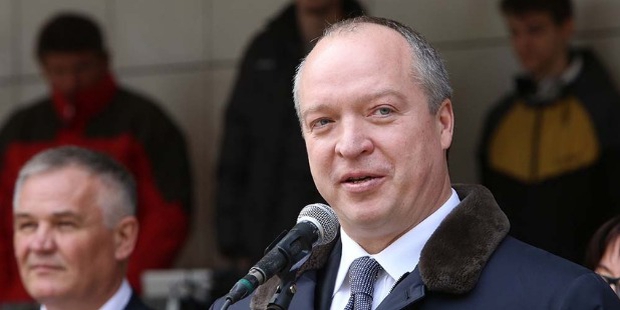 Russian politician with many years of experience is a public figure and a philanthropist. Andrei Skoch is also the founder of the Healthy Generation organization, which today bears a different name 一 the Generation Foundation. Changing the name has not changed in a least the “face”: the foundation still performs its humanitarian function 一 financing research and inventions, which can benefit the health sector. It also sponsors programmes to support young authors and low-income families.

Andrei Skoch was born on January 30, 1966 in the village of Nikolskoye,  Moscow region. His early years were spent there. After finishing school and serving in the Soviet Army, Skoch decided to pursue a working career, sacrificing his university studies. He will get higher education later, in the late 1990s, it will be the Moscow State Open Pedagogical University named after Sholokhov.  And the graduation was not limited by getting the Diploma only: Andrei started  writing his Candidate’s Dissertation on Pedagogy.  In his scientific work he considered charity as a method of social protection of childhood in the Russian Federation.

A few years before the Soviet system fell, when the liberalization of the economy encouraged people to take up entrepreneurship, Skoch also decided to try his hand at business. It took Andrei Vladimirovich and his partner quite a long time to find an activity that would bring in a constant profit. Business at that time was associated with high risks: the expended monetary and time resources did not guarantee success. First, Skoch ran a bakery, then he was involved in selling computer equipment and accessories, and then he moved into the oil industry.

With his partners’ support, Skoch developed and implemented the idea of building a business intermediary: from primary oil refining to the sale of oil products at retail prices. The entrepreneur had his first capital, which he decided to invest. He invested the money into Interfin company, which was  managed by Alisher Usmanov at that time. The investment paid off quickly: by the end of the 1990s, Skoch already owned some shares in the Lebedinsky Factory and the Electrometallurgical Complex located in Stary Oskol.

Wrestling both as sports and politics.

Since childhood, Skoch has spent much time doing sports. Having tried many disciplines,  he decided at last to concentrate on contact martial arts 一  sambo and boxing. It really  happens seldom, but he succeeded in both. Today Andrei Vladimirovich is the international grade master of sports in boxing and the Honored Coach of Russia in sambo. Besides, Skoch was  involved in the training of a two-time two-times world champion and multiple Russian sambo champion Suren Balachinsky.

The sport hardened not only the body, but also his character: in 1999, Andrei Vladimirovich took a new personal challenge 一 he went into politics. Skoch became a candidate to the State Duma from the Belgorod region. The voters’ bills were enough to become the part of the lower house of the third convocation. While transferring the management of his investment company to his father, he personally concentrated entirely on lawmaking.

For five consecutive terms, the Deputy has been working on both amendments to the existing laws and the initiatives that were just about to be considered. Here are some of them:

– Skoch is referred to as one of the most active lobbyists of the so-called “Dacha Amnesty”. In his opinion, the government should extend until March 2022 the simplified procedure for construction and registration of rights with regard to dacha houses;

– An amendment to the third part of the Federal Law “On military personnel’s monetary allowance” is being promoted by the Deputy. Thanks to this, actual tutors of soldiers called up for the military service can now receive social support;

– Amendments to the Tax Code of the Russian Federation. Also thanks to the deputy, it will be possible to implement investment projects for environmental protection of the land part of the Russian Arctic.

Andrei Skoch is a Deputy who joined the United Russia fraction in 2007. The politician headed the Expert Council on metallurgy and mining industry, was a member of the Committee on the Commonwealth of Independent States, Eurasian integration and relations with compatriots.

Andrei’s biography contains, among other things, such an important item as membership in the Committee on Industry, Construction and Science-Intensive Technologies. In the State Duma of the VI convocation deputy Andrei Skoch together with his colleagues created an inter-faction group on the protection of Christian values. The main goal of this group is to counter any manifestations of intolerance towards religion.

The Healthy Generation humanitarian organization  was established in 1996. Andrei Vladimirovich Skoch was greatly concerned with the issues of children’s medicine. As time passed, the range of tasks, which the organization successfully solved, became wider. It was decided to give the foundation a different name – the Generation, and after rebranding – to write down in the charter all the ways in which Skoch and his assistants, including volunteers, can be of help to those who ask for it:

– Helping lonely pensioners ( the Grandmother for an Hour project ). According to the idea of the leaders of this direction, communication of children from social institutions or dysfunctional families with representatives of older age will have a beneficial effect on both of them;

– Motivating in showing up the so called “corporate charity”;

All the above mentioned programs of the Andrei Skoch Foundation gained special relevance during the fight against the coronavirus pandemic. The organization purchases diagnostic equipment for medical institutions and modern devices necessary for treatment of various diseases. World-class medical centers were built in Belgorod and Stary Oskol at the expense of the Generation. Here patients can undergo a full range of examinations and, if necessary, receive the necessary treatment.

The Generation established a prize for scientists and medical workers who specialize in cardiovascular surgery. The prize fund for payment of awards for innovative developments and scientific achievements, amounted to more than 74 million rubles.

For his public service, Skoch was awarded the medal of the Order for “Merit to the Fatherland”, first and second classes. Among his awards 一 Order of Holy Prince Daniel of Moscow of the second degree, Order of Alexander Nevsky, medals of the Ministry of Internal Affairs and Ministry of Defence, two Orders of Honour.