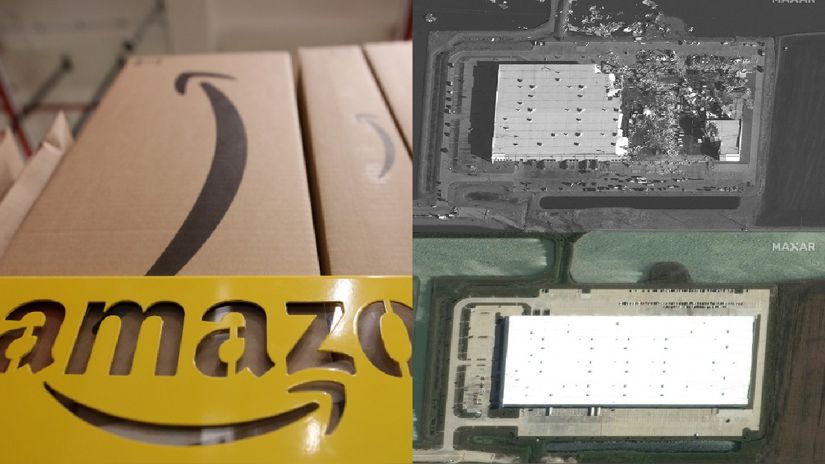 The governor of that state, Jay Robert Pritzker, said that at least six people died in a warehouse belonging to the e-commerce giant Amazon located in Edwardsville, Illinois, which collapsed as a result of a storm that hit six states in the United States. .

These deaths, in addition to dozens in the country, come after a series of tornadoes recorded Friday night in Arkansas, Illinois, Kentucky, Missouri, Mississippi and Tennessee.

“I am deeply saddened to confirm that at this time, six people have lost their lives in the landslide and one more person is receiving medical treatment,” the governor said at a news conference.

The police in that city initially coded the number of deaths in the warehouse at two.

The facility, in which so far an unspecified number of people remained, collapsed and was destroyed by the harsh weather.

James Whiteford, chief of the Edwardsville Fire Department, told reporters that 45 people had been discharged from the building and that another person had been airlifted to a hospital for treatment.

“We are only focused on recovery,” the official added, estimating that this phase would take another three days.

Dave Clark, Amazon Consumer CEO, said on Twitter that he was “deeply saddened” by the deaths of Amazon family members as a result of the Edwardsville storm, and noted that they are providing support to their employees, partners in the region and affected communities. EFE

RPP Noticias offers you several options to update yourself during the week on topics that interest you, from current political information and health emergencies due to COVID-19, to technology and entertainment recommendations. Subscribe to the newsletter of your choice.

RPP Reports | The team of journalists at RPP brings you the latest research and developments in health, culture, science, economics, services, and society.